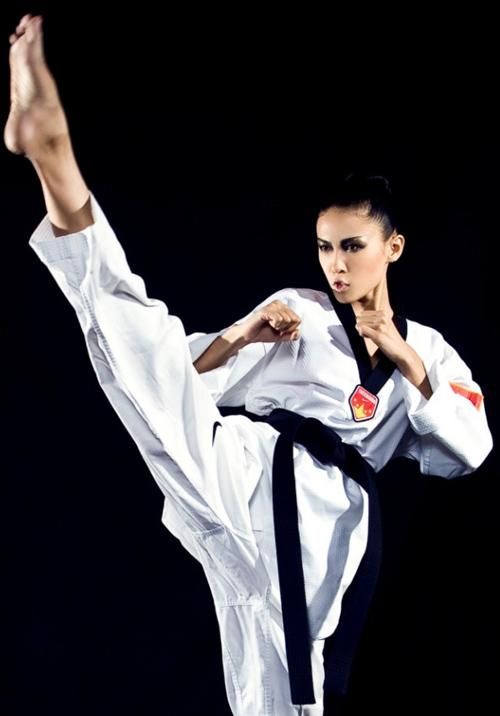 What Would YOU Do If This Happened?

What Would You Do If You Were Suddenly Attacked By A Man Twice Your Size? ….Or A Man With A Knife?

And of course Sally was much wiser than her parents…..

I’d been brought up on judo, karate and other martial arts since I was eight years old and for basic safety, encouraged my nieces and nephews to learn some form of self defence.

The martial arts I’d learned taught me to fall to the ground with minimal injury (usually when I fell off my bike) or, on rare occasions, deflect an oncoming blow.

With repetition, my responses became instinctive.

One dark night as I unlocked my car in England, a gypsy emerged from the bushes, punched me to the ground from behind and tried to steal my car keys.

He clearly didn’t anticipate what happened next.

I drove off quickly and reported the incident to the police but it gave me such a buzz to have come away from the incident with minimal bruising,…..with my wallet and my car.

As parents we’d do anything to ensure the welfare of our children, especially our daughters when they go out “for a few drinks”.

And when they head off to college or university for the first time, we tend to dream up all manner of concerns about who they’re going to meet, where they’re going to sleep and what sort of trouble they could get into without us being there to protect them.

Sally is my niece.

An unsolicited attack on one of her friends was just too close for comfort.  Her friend sustained much bruising which thankfully healed.

It wasn’t spoken about openly but I could sense Sally’s change in attitude.

Maybe it was too painful for her, a deep sense that one day she might face the same thing.

Whatever it was it played on her insecurity.

She told me she wanted to live without facing the fear of any similar ordeals or lack the confidence to retaliate.

I told her that even going through the training would make her carry herself with more confidence; any would-be attacker will subconsciously pick up on her confidence and give her a miss.

I couldn’t believe what I heard the next day.  Sally agreed to do the self-defence training I’d often mentioned.

I was as relieved as her parents and reinforced in Sally that I would only involve her if she agreed to take the weekend training seriously.

It was just a weekend spent focussing on the most effective ways of defending herself from an attacker in the event she ever needed it.

Know Instantly What To Do To Leave Your Attacker Sprawled On The Ground,                   Totally Disarmed, Writhing In Pain

Six months later at college, Sally didn’t join her friends on their Friday night out in town as she wasn’t feeling that well.

Instead she took some medicine and went to bed.

Just after midnight, Sally felt a heavy weight sit on top of her as her bedcovers and nightie were ripped off.

What happened next was a blur….even to her.

Before she had time to scream for help, her self-defence training kicked in.

In an instinctive series of moves, she floored her attacker and immediately immobilised him….where it hurt.

The attending police were unsure how a slightly-built teenager student managed to cause such physical damage to a potential rapist.

Sally looked at them and with a smile, said “My uncle taught me”.

I hadn’t, but we were all relieved she’d taken the training.

Telling this story to the teacher at the martial arts school where Sally had trained, he mentioned a similar incident where a businessman brought his extremely reluctant wife Judith to one of their training events.

Judith wasn’t interested in participating but her husband wanted to learn and they were taking advantage of the ‘2 for 1’ weekend; Judith was merely keeping him happy.

A year had passed since her training weekend.

One Saturday morning Judith was transporting some wooden planks from a store out to her car in the parking lot as a stranger drove by in a white van.

She politely declined saying that she could manage, but the stranger stopped his van and got out to help anyway.

When he opened his sliding van doors Judith realised that something wasn’t right….and she cursed that she’d just shut the family dog in the car.

That split second was enough for Judith to instinctively ready herself for an attack.

The attacker grabbed Judith and tried to drag her into his van.

People in the parking lot were shocked by the screams of pain they heard.

When the police and ambulance arrived they found the attacker lying on the ground holding his dislocated knee.

Had Judith not participated in the training, the outcome would probably have been different, especially as it turned out that her attacker had struck before.

All she did was aim a kick to the man’s knee joint.  Given the split second timing of an attack, would you know which joints to target?

We’re talking about unsolicited violence here – 70% of the individuals who attend the weekend training have already been the victim of an attack.

And they never want anything like that to happen to them or their families again.

They’re not trying to become Navy Seals, Krav Maga or Muay Thai fighters.  After all it’s only for a weekend.

But the training offered is so focussed on the vulnerable joints and understanding how to make the anatomy and physiology meet in a way that will give you time to get well away from your attacker.

It certainly isn’t there to promote violence, just prepare you to defend yourself from violence if and when it happens.

And there’s a good chance it will.

Remember those individuals who attend the weekend training because they’ve already been the victim of an attack?

None of them were expecting what happened to them in their garage, local bar or their own home.

When a predator picks on you to attack, be it for drug money or because he’s on the wrong meds, he’ll go from thinking he’s in control to all of a sudden feeling real injury in his body and become aware that he made a mistake…..by then it’s too late.

And that look of shock on their face when they realise what happened, especially against somebody who they thought wasn’t a threat to them.

Attacks are often unprovoked and unavoidable. Drunks, thugs jacked up on drugs, mentally ill teens with a knife or desperate men who’ve lost touch with reality, in the 5 seconds you’ve got, the reasons for the attack on you are of secondary importance.

This type of threat plagues the streets and seem to be increasing.

And you’ve felt it. We all have.

The world is confronting us with more and more atrocities.

It seems like we’re constantly under attack from “loose cannons”.

What would you do if you were suddenly attacked by a man twice your size?  Or a man with a knife?

In the split second you have, would you be able to choose where best to strike for maximum effect and deliver that strike under some duress?

What you learn will become instinctive and remain within you for years to come.

Can you imagine how much better your life would become if you can switch off any fear of being attacked?

Watch the 2:37 video: 3 Self-Defense Moves Everyone Should Know and pay particular attention to the follow-through of the body weight after each strike.

The movements in this film clip are essential for your wellbeing.

I tell you this because I don’t want it to happen to any of you, especially in this increasingly violent world of ours.

If you’re thinking you might benefit from learning this, don’t put it off.

Make a change and learn how to look after yourself better from now on.

There’s a weird belief floating around that you have to study self defence for years before you can ever master it.

This is not the case.

Unless you attend martial arts classes regularly, you’ll be taught so many different ways to block, kick and punch that you’ll likely become confused at a time when you need to think quickly to turn the tables.

You CAN learn to protect yourself and your loved ones in a matter of hours.

The reason?  What you’ll learn is not a complicated martial art, but an easy to learn system that uses natural body movements.

Better yet, you can learn this regardless of your physical condition, size, age or sex – and you’ll never lose this ability, even without further practice.

The trainings are in Las Vegas although they are sold out for the rest of 2019.  Go to a training in 2020 if you get the chance.

For those of us living outside the USA, thankfully Tim Larkin created a worthwhile DVD set to guide us through the essential moves.

The DVD’s are quite sufficient to make a big difference in your favour, especially if you go though them with a partner.

Click on the above link anyway – you can download Tim’s book “How To Survive The Most Critical 5 Seconds Of Your Life” free of charge and access 45 minutes of free video training.

Trainings are listed on the home page under ‘Live Training’. The live training seminars are where you ingrain the TFT principles into your subconscious physiology… so they’re there when you need it.

The last thing you want to be is one of those people who decide that this is for them, but don’t take any action.

“A week ago, my girlfriend was at a bar with a couple of friends having a good time, and a predator chose her for a victim. He followed her to the bathroom and pushed her out of a nearby exit, pinning her right arm behind her back.

She was terrified, but what came immediately to her mind was a light-hearted conversation she and I had a few days prior.

She jokingly told me that if something happened she’d “punch them in the forehead.” I laughed, but showed her that she should never use her fist and instead use her forearm, and aim for the neck and throat.

All she remembered during the attack was me showing her how to use her forearm. She swung with her left arm–without looking–and thank God she connected perfectly right on the side of his neck.

She ran back to the door and glanced behind her at the predator, and saw him lying on the pavement unconscious!

She made it back home safely that night and told me the story, but the next morning she remembered nothing at all…the man had slipped something in her drink.

Just knowing that she could do SOMETHING empowered her to act, and I am so grateful that she did.”  Name supplied.