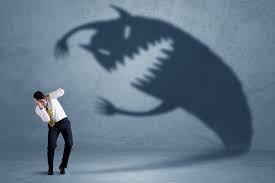 Your Biggest Risk Is Not Taking One

Over the past few decades we’ve been systematically bashed in our education.

Every one of us is unique yet we’re slowly being homogenised, while our individualism, privacy and independence are being taken away from us.

Education has been simplified over the decades so much so that by the time people leave school, they don’t know anything except how to socialise with others and follow the lives of unimportant celebrities.

It’s time to replace algebra with the fundamentals of finance; teach children about the different careers rather than what useless subjects they can study in college, teach them about salaries, budgeting, taking out loans, investing, the hazards of debt, buying a house with a mortgage, taxes and the law as it applies to them.

What you learn in school has long become learning by rote rather than thinking for yourself.

In the end few people leave school knowing how to connect the dots.  In this age of information, ignorance is a choice.

Our world has already been infected by this mind virus. People are is the anti-virus.

The more people wake up to the fact that those making demands of us, those that tell us what we must do are merely our public servants, not our masters.

And once it’s ingrained in us, we ingrain our kids and in turn their kids.

It’s nothing more than ‘kindergarten tyranny’. And we’re lucky because that’s all it is right now.

Our ancestors know what real tyranny was. They lived through it; they fought it which is why we live in such beautiful countries today.

If you can’t express the law, more and more freedoms will be taken from you, slowly at first, increasing in speed as and when no resistance is put up.

If you want some idea of what’s really going on and the extent of it, the plot of the new James Bond film “No Time To Die” is close a blueprint.

As I watched the film I thought to myself that this is a perfect example of everything being hidden in plain sight.

What’s happening today is that our choices are being removed, one by one.

When you hear phrases such as “It’s for the greater good” your hackles should go up because that’s what they said about slavery and racial segregation.

It has always been the few that stood against the many that changed the world for the better.

I haven’t seen the new film release ‘Dune’ but the ads for it say it all: “Fear is the mind killer”.

When people stand up and confront what they’re afraid of, they gain something.

Isn’t that the premise of most Hollywood films?

Read Alice in Wonderland and the Wizard of Oz again bearing this in mind.  You’ll spot clues everywhere.

‘Alice’ is the story of a child’s true progression through life where she has to figure things out on her own.  Many of us have remained trapped in our childhood mentality because we weren’t taught to grow up.  Instead we were distracted by TV programmes, sports events, celebrity activities and other meaningless diversions.

What gave the Wizard of Oz his apparent power?  A system of elaborate magic tricks and props to make him seem great and powerful.  He even decreed that, besides himself, other magic users had to have a permit.

Permits: Are Any Bells Ringing?

I wonder how much the government in Oregon pay the clouds each month for this right?

There are lots of things that are either plain wrong or illegal that suddenly become OK to do once you paid the local or state government for permission.

I was somewhat apprehensive the first time I went into court.  I wanted to learn first hand how the court system is run.

Before the proceedings started I asked the Magistrates if they were acting on their Oath of Allegiance to the Queen (which all public servants are).

Of course the Magistrates were there on the Council’s behalf, not the Queen’s. Instead of honouring my question with an answer, they stood up and left the room immediately.

I’d put them on the spot.

When they returned to the room I rephrased the question.  They stood up and left the courtroom again.

That told me alI needed to know.  We’d been at a meeting of the Council held in a room at the Magistrates Court to give the illusion I was in court.

Yes I was in a court building but not “in court”.

When the Magistrates returned, the Clerk of Court threatened to call the police if I didn’t play ball.

I told him that would not be necessary as we’d already called the police to arrest three people impersonating Magistrates.

The police station was across the road so it didn’t take the three policemen long to arrive.

When the door opened the Clerk of Court instructed the first policemen to arrest me.

As he raised his hand I said ”Touch me and I’ll cite you for Common Law assault”.

He knew exactly what I was saying and lowered his hand.  When the third policeman arrived I said to him ”Hi Dan. Great to see you again”

The Clerk of Court had made threats that couldn’t be upheld.  The hearing collapse and the people pretending to be Magistrates left the room. As I left the courtroom I stopped to have a long chat with the police.

Two days later I received a note from the Council that a Court Order had been issued against me.

I wrote back accepting the ruling on the condition that I could see the Court Order.

Not an unreasonable request. No Court Order was ever shown to me; just more demands to pay.

In the meantime I went to the court building to ask for the case number.

There was no case number!  Proof of another empty threat. No order had been issued as I hadn’t been in court.

That’s when I began to get some idea of the fraud first hand.

It’s an amazing world to live in. All we need to do is keep it that way by saying “No” to what does not benefit us.