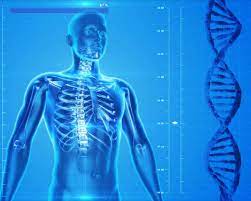 Rich or Poor.  What’s Your Blueprint?

Be honest with yourselves.

If you struggle to come to terms with making the money you need to look after your family the way you would like to, read on as this will give you a fresh and motivating perspective.

You realise you’ve got to put the effort in or do something differently if you want to achieve this….but there’s always something that holds you back.

It’s The Concept Of Friction….but that’s another story altogether.

What can you do to break out of this?  Well, first you need to understand why you’re struggling in the first place.

The reason it has caused you so much hassle is because you have no idea what it is that’s blocking your success.

How could you possibly?  You can’t see yourself as others see you.

What can you do about it?  Well it’s easier than you think.

Let’s go back a few years……

At a seminar in Los Angeles in the summer of 2005, author and motivational speaker T. Harv Eker gave his audience an important message about their relationship with money.

His words stuck with me.

If your subconscious financial blueprint is not set for success, nothing you learn, nothing you know, and nothing you do will make much of a difference. T. Harv Eker

By ‘blueprint’, he was referring to the framework or pattern we develop within us about money during our childhood.

Eker also asked the audience “How many of you came here to learn?”

OK that was a trick question because, as author Josh Billings wrote, “It’s not what we don’t know that prevents us from succeeding; it’s what we know that just ain’t so that is our greatest obstacle.”

The ‘blueprint’ is not a new concept but one that bears repeating until we ‘get it’.

In an oblique way, Greek philosopher Socrates hit the nail on the head when he said: “The only true wisdom is knowing that you know nothing”.

Martial artist Bruce Lee told us that in order to work without effort; to act without doing, martial arts was not about learning; it is about forgetting.

They decrease their knowledge so that they can reach a level of pure simplicity, the “bare minimum”.

How do we go about achieving a state of ‘unlearning’.

Turns out it’s back to childhood where many of our dominant beliefs are formed, especially the ones that don’t serve us.

These are what we need to ‘unlearn’.

I set about looking for anything I could find in my early years that might reveal a clue, any clue.

I was always in pain from clusters of mouth ulcers. Whatever the underlying cause of those must have had some impact on me.

In addition to that my father, grandfather and grandmother had been prisoners of war in Hong Kong for 3 1/2 years.

The survival rate of prisoners of the Japanese was considerably less than that of prisoners of Germany or Italy in Europe, but thankfully my father and grandparents all made it through to the end of the war.

Again there must have been some form of residual lingering from the daily trauma of near starvation, constant sickness and just not knowing what was coming next.

Then I thought about the phrases many of us hear as children, like: ‘filthy rich’, ‘save your money for a rainy day’, ‘money doesn’t grow on trees’, ‘ you have to work hard to make money’, ‘money doesn’t buy happiness’, ‘not everyone can be rich’, ‘there’s never enough’, ‘we can’t afford it’ and the often misquoted ‘money is the root of all evil’ (which should read ‘the love of money is the root of all evil).

The question to ask yourself is: “Where am I struggling in my life?”

Your answer should reveal much.

It became clear to me that wherever people are struggling, it’s always something in their subconscious that isn’t supporting the direction they think they’re heading in.

When there’s a conscious desire to solve a problem and achieve your dreams, the unconscious steps in and applies the brakes.

Right now is a good time to remove and replace these programmes.

Don’t wait another week, month, year or decade for the right time to go after your dreams, because time flies by at a pace that seems to get quicker with every year.

Before you know it there will be another New Year’s Eve or you’ll have another birthday and you’ll make new promises.

And then another year will pass by… and another… and you’ll still be searching for solutions.

Someone asked me recently to define wealth outside the dictionary definition.

My reply was that real wealth is what you do with the time you have between today and the end of your life.

So if you get that feeling of “there’s got to be more to life than this”, it’s time you too had a fresh perspective on life.

How Much Of What You’re Telling Yourself Is True?

There’s a question that deserves some thought!  And it isn’t difficult to come up with an answer.

Here’s my recommendation, and one I know to have worked for many who didn’t want to wait any longer.

To learn what’s stopping your advancement, blocking your subconscious mind from releasing freedom, you need to speak with someone.

It’s that simple.  You’re never going to get there on your own!

I’ve been told by several people already how their life has changed, but not in just simple ways here and there, but in profound ways.

It’s called a MetaWalk – the process of taking a metaphorical walk through your unconscious mind for the purpose of creating significant and lasting change.

Each of the shifts and alterations you experience during a MetaWalk has been prescribed by your own unconscious mind, a mind that already knows what it needs and is incapable of lying

That is the power of the MetaWalk.

It uses the client’s own metaphors to create the changes. That’s why they work so well.

Even if you’re not sure exactly what you want, your unconscious knows, so give it everything you’ve got because there cannot be a quicker, easier and better way of transforming your life than this.

Now let’s switch gears for a second and I’ll explain why this is relevant to anyone who wants to succeed at whatever they do in life.

After all as Humans we love to figure things out; we don’t like to be confused.

Nor do we want to function at a fraction of our true potential.  It’s like running the bath with the plug out.

Carrying on the same way we have done in the past is like choosing between dysentery and diarrhoea.

We spend many years believing what is not so – now’s the time to restore your confidence, to ‘unpretzel’ your brain.

If you give oxygen to the idea, you’ll no longer spend valuable time slowly dying inside.

For those of you who have asked about the Reverse Speech Training, the last training of the year starts very soon – on 5 October 2019.

Discover How YOU Can Become A Highly Sought­ After And In ­Demand Reverse Speech Coach by clicking here (and save yourself $300!)

“Without the truth from Reverse Speech the planet has no future, it opens that door for all of us”  Jeff Rense