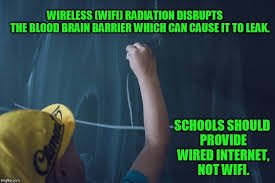 By Graeme DinnenNovember 29, 2019No Comments

Nearly 20 years ago one of my closest friends disembarked at Gatwick Airport after a long flight.

As he approached Immigration and Customs his chest tightened and he collapsed.

Although he was rushed immediately to the nearby Gatwick Hospital, he died of a ‘sudden vascular event’, a condition that affects the body’s circulatory system.

‘Sudden vascular events’ cover problems with arteries and veins and the vessels that carry lymph, to any disorder that affects blood flows.

Any such disease can lead to tissues not receiving enough blood (ischemia), as well as other serious, often life-threatening, problems.

A cruel irony, my friend was fit and active rather than the overweight, couch potato you might think more likely to suffer from such conditions (with apologies to all my overweight couch potato friends!)

I’d add that a 13 hour flight from Hong Kong may have triggered any existing condition.

If your vascular age is greater than your chronological age, you may be at more risk of developing cardiovascular disease later in life.

For example, if your real age is 45 and your vascular age is 55, this means that your blood vessels are more like those of a 55 year old.

Breathe In, Breathe Out

One of life’s realities is that every system and every organ in your body needs life-giving oxygen to survive.

Without oxygen, your cells malfunction and die; severe symptoms and organ failure is not something you want to go through.

Breathe in, and oxygen travels to your organs via your lungs where it’s filtered before being distributed to your red blood cells through haemoglobin proteins.

It’s these very proteins that dispense oxygen to the rest of the body.

Pulse Oximetry or ‘Oxygen Saturation’ measures the percentage of oxygen in these haemoglobin proteins and tells you how much oxygen is getting through to your organs.

Normal oxygen saturation levels are between 95 and 100 percent; any reading below 90 percent would be considered a clinical emergency.

The benefit of knowing all this includes:

Pulse oximeters are clip-on devices that use an equation to measure oxygen saturation from a finger, a wrist, a foot or any other area where the device can read blood flow by shining a light through a relatively transparent area of the skin.

The light shines through to a detector positioned on the other side of the skin.

For example, when a pulse oximeter is clipped onto a finger, one side of the clip shines the light while the other detects it.

The amount of light absorbed by the blood indicates the level of oxygen saturation.

Oxygen levels can drop for many reasons, including:

Where a doctor might use pulse oximetry as part of a stress test, a sleep specialist would likely recommend a pulse oximeter to monitor the nocturnal oxygen saturation level of a patient with suspected sleep apnea or severe snoring.

Some hospitals also use pulse oximeters for particularly vulnerable patients. For instance, infants in neonatal intensive care units may have pulse oximeters attached to alert staff of a drop in oxygen levels.

What you can expect

Pulse oximetry devices are noninvasive and carry no serious risks. Some people may however experience minor irritation such as skin sensitivity.

I am of course obliged to write that people who use pulse oximeters to monitor oxygen saturation should not rely on the oximeter as a substitute for subjective experience.

It’s likely your local chemist will stock a limited range of models, or you can look online.

I can’t recommend any brand other that the one I bought and use which appears to have a timely discount for the shopping phenomenon of Black Friday (today!).

A ‘sudden vascular event’ is definitely not something you want in your life.