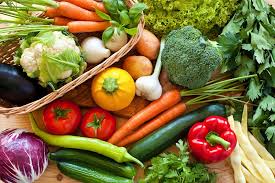 And the questions were good ones.

Aspects were raised that we all have to consider.

Believe it or not, the answers are pretty simple.

But I want to get you thinking at a deeper level before I give them to you.

Let’s start with a well-known quote from boxing legend Marvin Hagler: “It’s hard to get up and do your 5am run when you’ve been sleeping in silk pyjamas”.

In other words, once you’re doing OK, your motivation can drop away.

At first Marvin was focused on becoming a champion boxer for the money.

But once he had money, he noticed his motivation waned.

Then he got back in touch with something that lit a fire under him, being one of the best ever rather than just one of the best at that time. With this realisation his motivation skyrocketed.

This is the key. The key to everything you do.  The key is yours to use.

It’s the impact of that lost motivation that concerns me most.

If you’ve ever been there, on a scale of 1 to 10 how have you felt in the past when you bought something only to have your expectations dashed?

Every one of us has been there at some point.

So what is it that we ‘re looking for?

Hope that we can get to where we want to be in life.

Without hope we can feel listless and stuck.

Back to those questions readers asked.  I’m responding to them here because people need answers that matter to them.

Over the years I’ve watched the diet industry miss the target time and time again.  Sometimes it isn’t even a near miss!

It’s a multi-million dollar cash cow that succeeds by offering participants that initial hope (what they want), almost always followed by mediocre results then lost motivation.

But then hope is offered again in the form of the next product or idea and the cycle begins once more.

For this reason, when someone asks me what they should be eating or what the best way to lose weight is, I first ask them if they actually care about what they’re intending to achieve.  I mean really care.

Because I know, if they don’t, chances are they won’t see it through to the end because the lack of initial results or even having one slice of cake on your best friend’s birthday can wreck your incentive.

To be successful, you need to light a fire. That Marvin Hagler fire!

The ‘Emperor’ of Organs

You read that right. In the West, the spleen hardly gets a mention.

I’ve even seen it referred to in Medical Dictionaries as ‘a redundant organ’.  As if….

The spleen doesn’t process food as the other organs of digestion do (digestive tract, pancreas, gall bladder etc); it’s strength determines how much nutrition we assimilate from a meal.

If you eat a healthy, organic meal and you have a weak (or “damp”) spleen and you won’t benefit much from it.

You’ll be aware of diets coming into fashion, often followed by the next fad diet and the one after that. Cook books and DVD’s proliferate at Christmas.  Small, reasonably inexpensive and easy to wrap, they have become amongst the top sellers at the year end.

I have no problem with this but is the information conveyed in their books really that useful? I mean Cilla Black once brought out a popular cookbook based on the toxic ingredient candarel (aspartame).

An understanding of the diet/healthy eating should be straightforward:

I have great respect for the Alliance For Natural Health.  They’re an international organisation dedicated to promoting natural and sustainable health and they are doing whatever they can to protect you from the unethical ravages of Big Pharma.

If this is a subject you need to pay more attention to it’ll be well worth spending less that 9 minutes watching them.

Having seen the videos I decided to try out the ketogenic diet for myself.  My approach was slightly ‘loose’ but if I am ever diagnosed with cancer for example, I would become more strict.

I began by choosing meats (occasionally), organic vegetables (from local markets) and good oils, at the same time cutting down and even eliminating sugar wherever possible.

Low salt was recommended but here I differ.  Our body needs salt to thrive and instead of low salt or supermarket salt (which is only sodium chloride and has no right to be labelled salt), I use the mineral-rich Celtic Sea Salts. I’ve used them regularly since 1997.

The results? I wouldn’t have said my skin condition was bad but I did notice an improvement and the occasional joint pain in my knees disappeared.  Those alone meant something to me.

I can’t write a longer list of feel-good improvements because I’ve looked after myself for years and thankfully feel well from it.

The good fats from meat, eggs, cheese and coconut oil is central to the ketone diet. Sugar or grains are minimised or eliminated altogether in order to produce ketones in your body.

This is important – one major benefit of the ketogenic diet is that the energy source is NOT sugar. By cutting out sugar you starve cancer cells, while at the same time, invigorating normal cells.

For this reason the diet works well for cancer (prevention and remedy).  Cancer cells cannot thrive without sugar providing their energy.

If you want to fight cancer, the first thing you do is STOP FEEDING IT.

Ketones are a compound that can provide the body with energy. They are produced when the body breaks down fats and protein.

What Foods Should Be On The Ketogenic Diet?

Most of it should be medium chain triglycerides, coconut oil in particular. The rest can be proteins – eggs, fish, organic cheese, organic butter, nuts (not peanuts) etc

To start off properly I ordered myself a ketogenic cookbook which guided me through the initial do’s and dont’s of what I should be eating.

“When you are burning fat for fuel you create a special type of water cycle fat called ketones. And ketosis easily permeate into the brain and all the side of their tissue. They don’t need a carrier go through. And the great thing about ketones is that they burn very efficiently, and they don’t create much reactive oxygen species, which can cause a secondary free radical, which is what causes the damage.”

If you want to know more before starting (and help build that vital fire), this will help you enormously.

If you’ve had trouble succeeding with a diet I’m willing to bet BOREDOM was a big factor.

I know how easy it is to start eating the same thing over and over… feel frustrated… and then give up.

This is not the case with the ketogenic diet because it limits nearly all processed foods.

But deep down you want the benefits that eating ketogenic food will give you – glowing skin, unlimited energy, muscle tone, better mood and more….

P.S.  For those of you wanting to learn more, the Keto Edge Summit has been organised from 5 – 11 August (put it in your diary) with many valuable contributors.