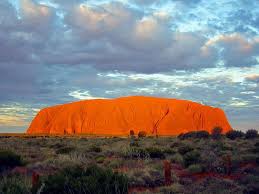 By Graeme DinnenJune 5, 2021No Comments

In the early 1980’s I’d leave work after lunch on Friday afternoons to drive the 4 hour journey from Jakarta to Carita Beach on the west coast of Java so we’d arrive there before dark.

Once there we’d spend a relaxing weekend with family and friends in a wooden beach bungalow.

As the sun set we’d pour cold beers and cocktails and sit looking over the verandah across the straits that link the Java Sea to the Indian Ocean.

In these Sunda Straits lay Anak Krakatoa (child of Krakatoa).

When the volcano Krakatoa exploded in 1883 so much rock was forcefully ejected that there was almost nothing left above sea level.

For those of you who saw the 1968 disaster movie Krakatoa: East of Java, Krakatoa is located to the west of Java but Hollywood decided that ‘east’ offered a certain mystique to the film title.

(Before you set aside time to watch it, Rotten Tomatoes gave it a 0% rating!)

Even back then puffs of smoke could be seen coming out of the crater.

By all accounts it’s ready to erupt again – hopefully not as violently its ‘dad’.

Or are volcanoes female because they’re unpredictable?

Ooooh!  I just felt 1000 needles being thrust into an effigy of me.

OK us guys are equally unpredictable!

On a wider scale, our planet has 1,500 potentially active volcanoes.

Where are the most volcanoes? United States – 173 (Russia is second with 163)

Which country has the most active volcanoes? Indonesia has 147 volcanoes, 129 of which are active. (Japan is second with 110)

Looking at a map of the Pacific Rim it doesn’t take much to pinpoint where the major earthquakes are taking place.

Most of them go unnoticed although we occasionally leap out of bed in the early hours and head for the safety of the garden until our building stops shaking.  On one occasion I lost my balance in the garden because the ground was moving about so much.

The water in our swimming pool inevitably transforms into a mini-tsunami and spills over as the wave reaches each end.

There are 156 Earth Chakras. Considered to be major power points of the planet, they mimic the chakra points in our bodies.

The ‘Mother Earth’ points are:

* Earth’s third eye chakra has no permanently fixed location. It ‘moves’ every new astrological age or aeon (about every 2,150 years) in tandem with the constellations or the rotation of the Earth on its axis.

Another name for the third eye Earth chakra is the Aeon Activation Center, which reflects the belief that its location changes.

Many of the sacred sites are ancient landmarks such as a volcano or a pyramid and between each site are ley lines inter-connecting them all.

Ancient cultures around the world have some understanding of Ley Lines. The Chinese refer to them as Dragon Lines, in Australia the Aboriginals call them Dream Lines, the South America Shaman’s refer to them as Spirit Lines and in the West they are Ley Lines or ‘Mother Earth Currents’.

Essentially they’re lines of energy that coil around the planet similar to the coils of our DNA. Ley Lines represent areas of concentrated energy rising up from the earth and are often in line with underground streams and magnetic currents.

Some believe that they’re portals for celestial spirits and carry high-vibrational energetic information. Where Ley Lines intersect at the high points of energy there’s a high concentration of electrical charge.

These intersecting points are the location of some of the most revered temples and monuments in the world: Stonehenge, the Egyptian Pyramids, Machu Picchu and Angkor Wat.

While these 7 chakras have a very high energy, there are also other high points of energy around the world where the Ley Lines intersect.  These include the Bermuda Triangle, Mount Fuji, Japan, Maui, Hawaii, Sedona, Arizona, Lake Taupo (New Zealand) and Bali (Indonesia).

When we spend time in these places, the frequency of the energy in our bodies becomes aligned with the respective energy of the chakras, resulting in a powerful spiritual experience.

Depending on your level of ‘felt sense’ it is possible that you may become aware of a range of sensations from a slight tingling on exposed skin, to a vibration emanating from the ground when you encounter a vortex.

I can only lay claim to have visited a few of the 156 locations but it’s not a list of boxes to tick before reaching eternal salvation or anything like that.   I’ll even admit to not knowing what these sites represented at the time of my visit.

The Island of Bali is an energy vortex that represents the Earth’s Kundalini energy. This is formed by its two large Ley Lines that intersect with great power and energy.

The Kundalini energy is believed to purify the blood of the Earth and thus also contributes to the cleansing and rejuvenation of our own soul and body.

Bali is regarded as the planet’s purification centre. There are 6 ley lines in Bali passing through 6 sites where the energy of each of the elements are purified.

1 Beginning at Uluwatu Temple on the southern tip is the Great Female Dragon 2. Mount Batur, the sacred volcano 3. Batakau Temple one of the highest peaks in Bali 4. Mount Agung (which has been simmering for the past 4 years) 5. The magical Tirta Empul, the Mother Temple. This is the central vortex where the holy spring water is found 6. Pulaki in the northwest of Bali is the final purification vortex.

Known for its 1000 temples and the one million offerings made every day it’s not surprising so many people visit Bali for some form of physical, mental or spiritual repair work.

Deep in Bali’s mountainous centre, tucked away among hanging banyan trees and the lush rice paddy fields is a town considered to be the island’s beating heart.

Ubud – its name originates from the Balinese word ‘Ubad’, meaning medicine.  Although not considered to be one of the 156 Earth Chakras, the area long been known as a mystical place, rich in healing powers.

Wherever you live, there’s bound to be a nearby Chakra point, a crossing of Ley Lines or just a fault line.

Observe what you feel when you visit.