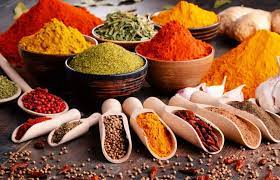 Food Is A Joy

By Graeme DinnenOctober 13, 2022No Comments

For centuries food has been bringing people together to a communal table, allowing them to talk a while, share their stories, their emotions, their experiences and their lives.

Food gives us an instant connection to our traditions and beliefs.  Most important it’s the way mothers in every country say “I love you”

An appetite for food is much like an appetite for life.  Food changes our mood and can induce contentment well beyond that of the digestive tract.

It’s the modern equivalent of sharing the fire and exploring memories. Having a sense of belonging; a place in the world.

The subject of diet is far too colossal to address comprehensively here.  Even a brief outline of the subject would require a book and there are already many to choose from, each with their own particular perspective.

My view is each unto their own.  If you want to eat meat you shouldn’t have to listen to preaching from those with different views unless you express an interest.

It’s bad enough doing that with religions. There are worse things going on in the world right now so leave food alone!  We all have different needs and preferences; the one size fits all approach is impractical.

A simple fact remains.  High quality foods lead to high quality health. You can’t expect to consume poor quality foods and make up the difference by swallowing supplements or pharmaceuticals.  That’s not an equation that works, ever.

For any diseased state, the better your health is at the onset of disease, the less chance that disease has of successfully taking hold.

The wise saying attributed to Ancient China is “The best medicine is good food”.

With the rampant increase of fast food outlets offering nutrition-deficient food,  the concept of Slow Food is growing in appeal.

New Earth Cooking asks the simple question:  “How would we eat if Earth gave us another chance?”

The ultra-processed food we’re bombarded with today is filled with toxic ingredients, prompting the need for us to cook our own food from scratch.

Several valuable videos and articles that once appeared on social media evidencing the link between sugar and cancer have been censored and replaced with the ‘official’ narrative that there is no link between the two.

SUGAR IS A PRIMARY CONTRIBUTOR TO CANCER

Chocolates, fizzy drinks, ice creams, candy bars, puddings. READ THE LABELS and you’ll be surprised what foods sugar has found its way into – or worse, sugar substitutes.  When you can’t rely on what’s written on the label, you have to dig deeper and ask questions.

As a habit I take a magnifying glass with me into all food shops and supermarkets so I can read the ever-diminishing print on the labels.

Rule of Thumb: If the ingredients are in such small print you can’t read them, consider that it may be because there’s something in there they don’t want you to know about.

Take Marmite as an example.  People either like Marmite or hate it.  There are few on the middle ground. I was brought up on Marmite and always made sure there was a jar somewhere.  A breakfast of eggs with salt and pepper on top and a thin spreading of Marmite on the toast was all I needed to begin my day.

That was until I was made aware in 2016 that Unilever (Marmite’s owner) was throwing large amounts of money at keeping GMO ingredients off food labels.  I haven’t bought a jar of Marmite since. My reasoning was that if Unilever are misleading buyers over something important, I’m no longer prepared to be a customer.

On the subject of labelling……

People claim that buying organic food is too expensive.  They may be right yet it’s a short-sighted approach as there are enlightened doctors actively putting their patients on a non-GMO diet.

Watch the film ‘Secret Ingredients’ here’s the trailer (3:14)  It’s about the family’s drastically improved health when they cut GMO foods out of their life altogether.

For some it’s not about what they eat, rather the quality of what they eat.  Knowledge of how their food is sourced or managed can make a huge difference to choice.

That choice is yours.

Chef Jamie Oliver has won his battle against the world’s largest food chain MACDONALDS. Oliver proved that burgers are made from the fat parts of meat washed with ammonia hydrogen, then used as “meatballs” in hamburger filling. Prior to this process, this meat was no longer fit for human consumption.

What sane person would put a piece of this meat in their child’s mouth?

In another initiative, Jamie Oliver showed how CHICKEN NUGGETS are made: after selecting the “best parts”, the rest: fat, skin, cartilage, feces, bones, head, legs, the MEC smoothie shell canica – an understatement used by scientists and engineers in the field of food, then dough is white, refreshed and repainted, soaked in flour and partially dehydrated burnt oil, i. i.e. with carcinogenic toxic chemicals (even the UN/WHO/World Health Organisation (NOT) global agenda admitted trans fats can cause cancer… ).

The food industry uses ammonia-hydrogen as an antibacterial agent, which has allowed McDonald’s to use in its burgers unfit for human consumption.

But what is even more worrying is that these ammonium and hydrogen-based substances are considered legal ingredients in the food industry’s manufacturing process, with the blessing of health authorities. So consumers will never know what substances are being introduced in their foods!

Breaking News: A U.S. District Court has held that the U.S. Department of Agriculture (USDA)’s decision to allow genetically engineered (GMO) foods to only be labelled with a “QR” code was unlawful, and that USDA must instead add additional disclosure options to those foods under USDA’s National Bioengineered Food Disclosure Standard. The Court sent back to the agency the QR code portions of the 2018 Trump administration rules for GMO labellng that went into effect on January 1, 2022, which hindered consumer access with burdensome electronic or digital disclosures.