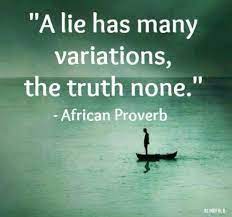 I’ve received an email from my friend David Oates offering an explanatory webinar and training in 2022.

I cannot stress the importance of this technology is and how much we need trained analysts to carry on the work.

Reverse Speech is a paradigm shift for humanity. It opens up the unconscious mind to reveal the Spirit and Soul itself.

Reverse Speech has been attacked from many sides and deliberately suppressed. That is because the Truth is a threatening commodity….particularly in current times.

Do you want to be a part of a new revolution? You’ll be a pioneer with Reverse Speech and carry on the legacy David Oates has created.

Consider this carefully. If you are looking for an exciting purpose and even a mission, then Reverse Speech is for you.

Times of the webinar are shown below. If for any reason they doesn’t suit you, register anyway and you’ll receive a link shortly afterwards. You can listen then.

Voices from The Unconscious

I hope you are all safe and well in these turbulent times we all find ourselves in. For those of you who follow me on my radio shows or Facebook, you will know the inside scoop of what is really happening in the world. My book, The Big Con, released in June of this year has proven to be stunningly accurate. If you haven’t got your copy yet, you can purchase this book, plus all my other books here – Resonance Bookworks

Now, to the next webinar. I am going to hold another public webinar on Saturday, November the 20th at 2 PM PST (US). That’s 9 PM Saturday in London, 8 AM Sunday in Sydney and Melbourne, and 5 PM EST (US). The webinar will be a general introduction to Reverse Speech, for those who may be new to the topic, followed by a detailed look at Joe Biden’s reversals for 2021 and what they tell us about the future. To register for this webinar email Jeff in the Reverse Speech US office here.

Onto the next training class. I am starting my latest Reverse Speech analyst class on Wednesday evening, December the 1st (US). This is a 6 month course with classes held online once every two weeks. Please seriously consider this course if you are interested in Reverse Speech. Not only will it teach how to do Reverse Speech, but it will also teach you all about the unconscious mind and the Human Soul. Speech reversals themselves have described the course as “Delivering ancient wisdom.”

There are only a handful of active Reverse Speech analysts in the world and we need many more. I just turned 66 and while I have no intention of retiring anytime soon, at the same time i don’t know how much longer I will be teaching these classes. The class is priced at $AU5000 ($US3600). To register for this class email me at [email protected]

Hope to see you at the webinar and I wish you all the best for the coming festive season.

To Find Out More.…

….and this was on David’s FB page this morning:

“i’ve changed my approach to reverse speech over the last year or two – for most of my 38 year career, i’ve been trying to convince people it existed – i presented it in a neutral fashion as a natural function of language and another human sense – i was not really concerned with what its message said – my thinking has always been, lets get it accepted and worry about what it says later – to this end – i first announced its discovery on australian TV in 1987 and immediately contacted most universities in australia – i was surprised to get no response or ridicule – i was further surprised that all my publicity got me no enquiries – so i went to the united states and took it to the US govt. – i presented my findings to the CIA, the FBI, the secret service, naval intelligence plus other agencies – proof of this can seen on the CIA website (https://www.cia.gov/…/cia-rdp96-00792r000500380002-0) – all that got me was threats and intimidation and surveillance – i was threatened by the FBI to never go public with reverse speech or they would “crush and discredit me” – so what did i do? – i said fuck it and i moved to san diego in 1995 to be near all the media in LA and went public with RS in a big way – for three years i did 1000s of radio and TV shows – specials were filmed on reverse speech and my success flourished – then i found a reversal on bill clinton that said they were going to crush RS – what happened then? – for a year i was assailed with law suits and public lynchings – portrayed as a murderer and cult leader – i was indeed crushed and discredited exactly as the FBI said they would do if i went public – all my supporters jumped ship like rats and i was essentially left by myself – so i returned to australia to live in 1999 – i forgot all publicity and quietly made my living training and doing session work – now its more than 20 years later in 2021 and i have finally realised that RS is never going to be accepted – the authorities certainly dont want it – its truth is far too confronting – academia doesnt want it – i have submitted many papers for peer review and they have all been rejected – who are my peers anyway in a new field – i am the peer! – religion doesnt want it cos its exposes them for the hypocrites they are – so where does that leave me? – i’m not too sure – i am not going to bother convincing anyone it exists anymore – so i’m just going to tell people what it says about life and our world and God and spirituality – i’ll continuing writing books and training students and hopefully get a little more than 3 students which is all i have for this upcoming class – who does not want to know what life is all about – thats what RS will tell you – personally i think its one of the greatest discoveries of the ages – concrete proof of the existence of the spiritual world”