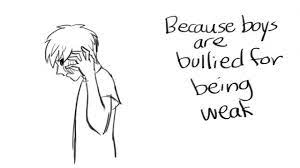 Masculinity: The Lights Are Going Out

One of the most pervasive issues in our society today is the emasculation of men.

It’s one of the oldest projects in history – eliminate the opposition’s Alpha males and your task becomes easier.

Alpha males are those that rise to the top of the social status hierarchy. They have greater power, money and of course mates, which they gain through physical prowess, intimidation and domination.

They are often described as ‘real’ men.

“Beta” males are by comparison weak, submissive and subordinate guys who are lower in status, and only get access to mates once women decide to settle down and go searching for a nice guy.

A war is being waged in Western Society in an effort to strip males of their manhood.

Emasculation has been going on for centuries but it seems to have accelerated in recent generations.

Look at it any way you want, from how men express their emotions, or what they’re wearing to how men relate to women.

Of course these are societal constructs so let’s look at some of the direct and biological causes.

One of the most popular books in recent times is “Fifty Shades of Grey”.  Like most guys I didn’t read it but I watched the film with my wife.

The book became one of the fastest selling books of all time and you could hardly travel on a bus, train or plane without seeing someone turn its pages.

Simple. Women resonated strongly with what was portrayed because of the frustration they have with the way their men are showing up in the bedroom as well as in life.

Taking one-night stands out of the equation, sex is rarely about performance; women want to feel connected to their partner.

Of course there are parts of the book/film that may not be what you get up to in your own life, but through this work men were exposed to how they’re self-limiting their relationships with women.

Society has conditioned men in such a way as to weaken their power….and their handshake.

What might be amongst the most attractive traits about men that women have?

Confidence, not a pungent aftershave, tight-fitting jeans, a thick chain around the neck or tattoos.

Women crave a powerful energy as long as that power is genuine rather than worn.

In the book Christian Grey, knew exactly what he wanted. He focussed on achieving it at the same time caring deeply about his women.

Do men today do that?

Not when I hear men exclaiming to their mates ”Look at her. She’s fit.”

Some men I come across today are, to use modern phraseology, snowflakes.

Their strategy is playing not to lose rather than to win.

The young women I speak with today aren’t impressed.  Given the increase in online dating as the result of lockdowns, the choice of dates should be terrific, but the blueprint in men wrecks it for them time after time.

Imagine a beautiful woman sitting alone at home on a Friday night.

She can’t go out to her favourite club so instead she logs on to a dating site and selects a few photo of guys that appeal.

Responses from guys pour in, the majority of which open with “Hi. What’s up?” or “Hiyyyyah”.

Where has originality gone?  Can you imagine our woman’s disappointment at receiving such feeble openers?

Messages come pouring in and those messages are deleted.

What’s wrong with being a little more creative and asking questions that’ll get you noticed.

Not facts about what you’ve done, what weight you can bench press or what football team you support, but questions that evoke a considered response.

• Do you like to travel? If you do where was the last place you visited? Where’s the next place you want to visit?

•  When was the last time you did something for the first time? What was it?

• How Did Your Last Tinder Date Go?  Was it the best or the worst?

• What Would Be Your Idea Of A Perfect Night Out?

Not a first question to ask but to have any chance of keeping the curiosity going try something more adventurous like “How does a girl like you get to be a girl like you?’

See how standing out makes a real difference?

If you want any more help with this, look up Marni Wing Girl or Susan Bratton.

Phthalates are a group of chemicals that are incredibly toxic and weaken immunity. They contain endocrine disrupters that mimic hormones that in turn alter genital development.

On a personal note I never use hand sanitisers, preferring to wash my hands instead.  Using an antibacterial sanitiser to combat a virus is as valuable as running a bath with the plug out.

Government bodies tell us that reproductive risks from exposure to phthalates are minimal to negligible in most cases but we know that the Pharmaceutical industry controls Congress and scientific reports are no longer trustworthy.

Dr. Mark Sircus tells us: “According to the Pentagon, 71 percent of our young adults are ineligible to serve in the U.S. military because they are either too dumb, too fat or have a criminal background. Modern civilization is in decline as we suicide the human race with our diets and the mountain of lies that our leaders foist on us.”

It’s not just poor diets that play a major role in dumbing down the West but also the proliferation of smartphones, iPads and other devices that has cause an attrition on our ability to focus.

Combine less-nutritious food and technology and it’s producing an apocalypse of stupid people. An “Idiocracy” it’s been termed.

We know that people don’t actually buy and wear the clothes shown by models on catwalks but these days it takes supreme courage to even put them on.

In case you think I’m being unfair on men’s fashions designers, female designers often seem to be on crack cocaine as well.

Look at what’s being displayed. In the words of John McEnroe :’You cannot be serious”…..

Open this if you dare…..

Circumcision is primarily justified by religious reasons with cultural and health grounds following closely on.  Commonly practiced among Muslims, male circumcision is compulsory for Jews.

I’ve always been told that when a circumcision is performed for religious reasons, it is to symbolise faith in God. There’s one school of thought that asks the question “Did our creator get it a bit wrong so we have to make surgical adjustments immediately?”

Putting aside religion for a moment there are people who circumcise their infant children without really understanding the physical pros and cons for such an irreversible step.

Sexually mutilating any male or female immediately after birth causes deep trauma to a baby’s body, despite the naive belief that infants aren’t harmed by the cosmetic procedure.

In actuality, babies feel circumcision intensely throughout their entire body and the long term psychological effects can be troubling…..but no one talks about it!

Furthermore, as boys grow into adulthood, their foreskins would have become full of nerves and nerve endings, which enhance physical pleasure, so when men realise what’s been denied to them, they can get justifiably upset.

It’s not just humans….Japanese researchers found a way to turn male catfish into females using soy compounds. And look how soy is being promoted as a health food! Soy has to be refined before you go near it.

Look at what you’re being told and connect the dots.

Catholic vs. Protestant… Liberal vs. Conservative… the Proletariat vs. the Bourgeoisie… Hutus vs. Tutsi…Rangers vs. Celtic…Leave vs. Remain…..Vaccinate vs. Pro Health…

It’s clear that they tell us what’s about to happen and we ignore it……then it happens.

And they’ve been telling us they’e going to emasculate the world’s male population.

New York psychoanalyst and parent guidance expert Erica Komisar has been in private practice for the last 25 years. On Feb. 14 2021 she wrote for the Wall Street Journal, “I’ve seen an increase of depression in young men who feel emasculated in a society that is hostile to masculinity. New guidelines from the American Psychological Association defining “traditional masculinity” as a pathological state are likely only to make matters worse.”

So is the next step is to declare traditional masculinity as a disease or sickness so that only approved pharmaceutical drugs may address the issue.

Things are changing at grass-roots levels. Here’s the song….

What you can do next:

Use your common sense! Develop a critical mindset and connect the dots. Check the source, do your own independent research.

Just because the government says it, and your parents and your friends believe it, doesn’t make it true.

Starting on Sunday 8 Aug 2021 is a Masculine Activation webinar (click the link) that is long overdue. Register to listen as there’s a lot to be learned and put into practice. i’ll certainly be listening.

Read Manhood by Steve Biddulph, a great book that starts “Most men don’t have a life” and explores how to establish a healthy masculinity and how men can release themselves from suffocating and outdated social moulds.