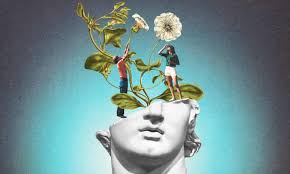 By Graeme DinnenAugust 6, 2021No Comments

Extended lockdowns have had a seriously detrimental effect on the mental health of many people from teenagers to the older generation.

Amongst them are sports personalities Naomi Osaka and Simone Biles who have certainly raised awareness of mental issues.

I received this from Dr Keith Scott-Mumby last week and am passing it on verbatim in the event it affects you or anyone you know.

It is well worth reading, especially if you’re ever prescribed Prozac.

The Scandal of Prozac and Big Pharma Lies

After 30 years, the truth is now known—Eli Lilly, the makers of Prozac, secretly paid off plaintiffs in a court case following a mass shooting incident. Prozac was and is the number one deadly type of drug that sends people crazy and triggers aggression and murderous violence. It was known to do so by the FDA when the drug was first reviewed.

That agency went rogue a long, long time ago. It takes no responsibility for launching killer chemicals on the population. In fact, the original FDA examiner said NO to the drug: it caused aggression and violence. He knew that. But he was overruled. The drug came to the market anyway.

The plaintiffs suing Eli Lilly were families of the victims of Joseph Wesbecker, a man who went on a deadly shooting rampage in Louisville, Kentucky. He killed 8 and injured 12. It was a critical moment in the history of these drugs because they had been reported to cause violence. If Eli Lilly lost the case, that could be the end of a marvelous gravy train for the industry (as of this writing, 1 in 5 US citizens are on some form of psychiatric medication).

But the trial was rigged. Eli Lilly was exonerated at the time, absolved of any blame for murders by the jury. But it was not an honest trial. Eli Lilly shamelessly (and criminally) gave $20 million in secret bribes to potential witnesses in another trial, which could have gone badly for them at the critical moment.

Not only was Eli Lilly bailed out and escaped consequences. The drug too was “exonerated” and now it’s difficult to get the bent psychiatric profession to tolerate the idea that their stupid drugs are causing mass murders. Prozac and other SSRIs KILL people.

Eli Lilly vigorously shielded the illegal and corrupt payment for more than two decades, defying the Louisville judge who fought to reveal it because he said it swayed the Wesbecker jury’s verdict.

That heroic judge, Circuit Judge John Potter, suspected that Lilly bribed plaintiffs and their lawyers before the jury verdict. He uncovered evidence of bribery, and fought Eli Lilly for years but failed to obtain adequate proof of the terms of the Prozac payoff deal. Lilly succeeded in keeping its criminal action from a judicial proceeding.

As is Big Pharma’s usual strategy, they also trashed the judge and ruined his life, for his pursuit of the truth (Jon Rappoport. www.nomorefakenews.com).

Who Is The Victim Here, The Killer?

On Sept. 14, 1989, Joseph Wesbecker entered a Louisville print shop around 8:30 a.m., carrying a bag full of weapons, including a semiautomatic rifle. Over the next 30 minutes, as he walked through the building, Wesbecker fired more than 40 rounds at those he encountered before shooting himself in the [head] with a handgun.

So the “official” story is he was crazy. That’s why he committed the murders. But Wesbecker had no murderous traits or suicidal till he started taking Prozac a month before. Moreover, this was far from a one-off. Scores of mass murders have now been committed by individuals driven mad by psychiatric drugs.

But the call is now for more drugs, to dose more patients, because they are crazy and might do harm. They are now even subjecting kids at school to psychiatric tests, to see if they have any “tendencies”. If any are spotted, they are put on psych meds. That’s why so many mass murderers are mere kids of school-age

Jon Rappoport has done a sterling job in collecting media critiques of these deadly drugs:

On February 7th, 1991, Amy Marcus’ Wall Street Journal article on the drug carried the headline, “Murder Trials Introduce Prozac Defense.” She wrote, “A spate of murder trials in which defendants claim they became violent when they took the antidepressant Prozac are imposing new problems for the drug’s maker, Eli Lilly and Co.”

In his landmark book, Toxic Psychiatry, Dr. Breggin mentions that the Donahue TV show (Feb. 28, 1991) “put together a group of individuals who had become compulsively self-destructive and murderous after taking Prozac and the clamorous telephone and audience response confirmed the problem.”

Breggin also cites a troubling study from the February 1990 American Journal of Psychiatry (Teicher et al, v.147:207-210) which reports on “six depressed patients, previously free of recent suicidal ideation, who developed an intense, violent suicidal preoccupation after 2-7 weeks of fluoxetine [Prozac] treatment. The suicidal preoccupations lasted from three days to three months after termination of the treatment. The report estimates that 3.5 percent of Prozac users were at risk.

While denying the validity of the study (of course), Dista Products, a division of Eli Lilly, put out a brochure for doctors dated August 31, 1990, stating that it was adding ‘suicidal ideation’ to the adverse events section of its Prozac product information.”

An earlier study, from September 1989 Journal of Clinical Psychiatry, by Joseph Lipiniski, Jr., indicates that, in five examined cases, people on Prozac developed what is called akathisia. Symptoms include intense anxiety, inability to sleep, the “jerking of extremities,” and “bicycling in bed or just turning around and around.”

Breggin comments that akathisia “may also contribute to the drug’s tendency to cause self- destructive or violent tendencies … Akathisia can become the equivalent of biochemical torture and could possibly tip someone over the edge into self-destructive or violent behavior … The June 1990 Health Newsletter, produced by the Public Citizen Research Group, reports, ‘Akathisia, or symptoms of restlessness, constant pacing, purposeless movements of the feet and legs, may occur in 10-25 percent of patients on Prozac.'”

There are other studies: “Emergence of self- destructive phenomena in children and adolescents during fluoxetine [Prozac] treatment,” published in the Journal of the American Academy of Child and Adolescent Psychiatry (1991, vol.30), written by RA King, RA Riddle, et al. It reports self-destructive phenomena in 14% (6/42) of children and adolescents (10-17 years old) who had treatment with fluoxetine (Prozac) for obsessive-compulsive disorder.

The Journal of the American Academy of Child and Adolescent Psychiatry, September 1991. Author Laurence Jerome reports the case of a ten-year-old who moves with his family to a new location. Becoming depressed, the boy is put on Prozac by a doctor. The boy is then “hyperactive, agitated … irritable.” Then he calls a stranger on the phone and says he is going to kill him. The Prozac is stopped, and the aggressive symptoms disappear. And Jon Rappoport (www.nomorefakenews.com) reminds us that what is true about Prozac is true about Paxil or Zoloft or any of the other SSRI antidepressants.

Why Am I Telling You This?

Because psychiatry is about the last work in mindless, dangerous, fake, criminal, unscientific meddling with the human mind. It is a million miles from the true science and medicine of the mind. IT IS BUT A TOOL IN THE HANDS OF THE CRAZY PHARMA CRIMINALS, who would like to see EVERYONE dosed on chemical toxins, to shut us up, make us docile and willing to accept the coming world-order control of mass populations.

The psychiatric profession (as a whole, not individuals like Peter Breggin and my friend Clancy McKenzie) makes George Orwell’s 1984 scenario seem like an enjoyable vacation.

The population is systematically being doped to extinction.

PSYCHIATRY HAS NO SCIENCE, NO METHOD. It just throws deadly drugs at the problem and hopes that something will stick. And it is winning hands down in this strategy because psychiatric drugs CAUSE mental illness! I’ll write that again: PSYCHIATRIC DRUGS CAUSE MENTAL ILLNESS.

The more drugs they sell, the more customers they get (for life).

I have written the whole history and method of alternative psychiatry. It is a bumper manual and gives you the whole truth, which is 99% of “mentally ill people” are not sick at all. They are suffering from temporary, correctable (reversible) physical conditions that can be rectified.

If you or anyone you know (supposedly) suffers from mental health problems, you need to get my book. It’s called (appropriately): “Psychiatry Without Drugs”. It is 460 stunning pages with torrents of startling and horrifying facts.

But in the end it is a HEALING book because it tells you what to do, to solve the REAL problem. It is a book of hope, a book of love…

Hey, a book of deep down wisdom!

Here’s hoping you or your loved ones NEVER fall into their hands.

To Your Good Health,