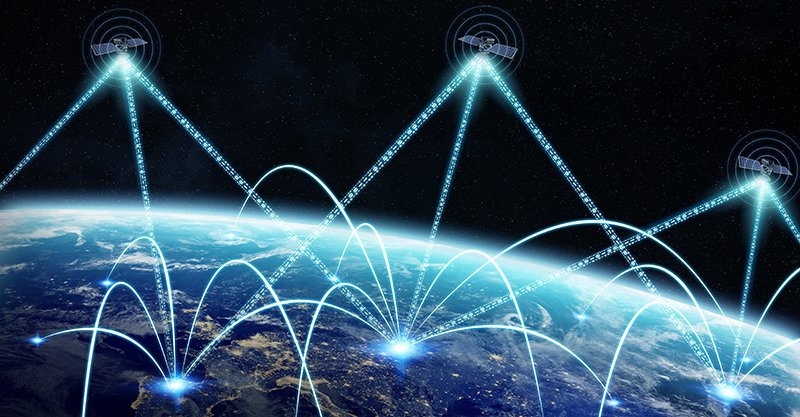 Are You Exposed To Radar Radiation ?

Do you live near an airport or any other type of radar installation?

If you’re not sure, radar is used for military purposes to locate air, ground and sea targets and, in the civilian field, in aircraft, ships and vehicles, so there may be something you aren’t aware of nearby.

Here’s an example with my friend Patrick Van Der Burgt in Kincardine, Airth and Grangemouth (in the Stirling area, Scotland).  You can hear it ‘sweeping by’ on the HF Field Probe which assesses the body for RF radiation.

Spend 2:37 listening to the video below to find out what level of electro-smog you may be unwittingly living in.

A reading of 30 microVolts is ‘safe’ but anything under 100mV is deemed ‘acceptable’ these days.  The reading of 1789 in the image is well above all safety levels.

Excess interference from electric fields can be shielded against using shielded wire and sheathing for building materials.  There is little you can do to protect yourself against magnetic fields.

VITAL – Always make sure you have a home assessment carried out before you buy or rent any property, especially determining the level of harmful magnetic fields before committing to any contract. Don’t think because they’re invisible they don’t affect you.

I use the same GeoVital HF Field probe (as used in the video) in the home assessments I carry out. It is designed to show not what is in the air around a person but what that person’s body is absorbing inµV microVolts.

Although this site hasn’t been updated since 2015 here’s a list of radar locations in Scotland (for those of you living elsewhere just Google radar installations or just radar + your location for a list).

We’ve been repeatedly told that electricity is ‘safe’ for humanity and the planet. Unfortunately that’s far from correct.

Radiation is being showered onto us in our homes, offices and schools and the intensity has escalated over the years to a level that is now causing a significant increase in cases of chronic disease.

Thousands of independent studies confirm the dangers of radiation, yet we’re only told the benefits.

The health risks associated with EMF/WiFi radiation have been extensively reported in recent years. As 5G technology is being rolled out worldwide, concerned scientists have been conducting in-depth research into how to avoid cellular damage that 5G radiation may cause on human health.

Have you ever made an appointment to see your doctor for symptoms you can’t really pin down like unusual headaches, brain fog, unexplained tiredness or prickly skin, only to be told it’s all in your head?

Taking preventative measures is absolutely essential when it comes to avoiding cellular damage caused by EMR because 5G, 4G and EMF/WiFi radiation have all been linked to the following health concerns:

We cna start by measuring the magnetic fields in your home. The Government exposure limits for magnetic fields varies from country to country. When I last looked, in Australia it’s 1000 milligauss.

Below 1000 they’re happy, but how and why did they conjure up 1000 milligauss?  Corporate influence no doubt.

….At 4 milligauss there’s a higher incidence of childhood leukaemia

….At 2 milligauss melatonin production is blocked

….At 1.6 milligauss sperm abnormalities are increased

….At 1-2 milligauss there’s evidence of an increase in mortality rate of children with leukaemia by a factor of 260%

After 20 months in and out of lockdowns Melbourne is now experiencing higher exposure readings than ever before. Patrick went for a ride around town to see how much the RF radiation exposure has changed. Here a spot assessment in Frankston….remember anything over 100 µV (microvolts) is not considered to be safe.

Want to reduce radiation in your home right away?

These are all useful devices but you need to be very wary of their long term effect on your health:             Smartphones – Wi-Fi  – TV’s – Microwave ovens – Radiant electrical heating – even nearby telecom masts.

What you should also consider:

They’ll tell you that SMART meters are safe because they communicate only once or twice a day but they transmit/broadcast all the time and the radiation is hazardous at best.

What’s the most important room in your house?

The bedroom.  You spent about 8 hours a day there.

Your nervous system doesn’t respond – it reacts. We live in such a world today that our sympathetic nervous system is dominant almost all the time we’re awake.

You only regenerate new cells while you sleep because you’re in that parasympathetic dominant state.

For that reason we bought a GeoVital canopy as the meter reading in our bedroom generally hovered between 700 – 800µV (microvolts) and sometimes reached 1000 µV (microvolts). I’d coat the bedroom walls in shielding paint but we’re renting our villa so can’t.

We certainly didn’t want to sleep in those conditions.

The question to ask yourself is not what’s causing your poor health condition but what’s taking place in your bedroom that’s stopping any discernible recovery.

The bedroom in so many homes seems to have become a place where magnetic and electrical disturbances come together, from poor wiring in the walls, radio alarm clocks (there’s a transformer in them), bedside lamps plugged in, cordless or mobile phones on the bedside tables as we sleep, as well as any cell phone towers or proximity to an airport (for this reason be wary of staying in airport hotels!).

Wireless radiation has become the new tobacco. It is toxic to our cells as well as carcinogenic, the highest risk group being children.

If your mattress has coiled metal springs, the radiation will be attracted by them and travel through anyone lying on the bed enroute to the radiation grounding.

I wrote ‘anyone’ but I mean you because the human body has simply not evolved to live with these perilous frequencies.

What you can do….

If you want more info or to be linked up with someone who really knows their way around this field, email me with contact details and where you live and I can put you in touch with someone you can speak wth first.

I suggest this because there’s no point buying a new mattress or applying shielding painting to your bedroom walls if the cause of your poor health condition lies somewhere else.

EMR waves are responsible for a greater risk of cancer, cellular stress, an increase in genetic damages, structural and functional changes of the reproductive system, learning and memory deficits, neurological disorders and negative impacts on general well-being in humans.

And now for the good news…….

United States Court of Appeals for the District of Columbia Circuit ruled in the historic case EHT et al. v. the FCC that the December 2019 decision by the Federal Communications Commission (FCC) to retain its 1996 safety limits for human exposure to wireless radiation was “arbitrary and capricious.”

The court held that the FCC failed to respond to “record evidence that exposure to RF radiation at levels below the Commission’s current limits may cause negative health effects unrelated to cancer.” Further, the agency demonstrated “a complete failure to respond to comments concerning environmental harm caused by RF radiation.”

“This is a win for our children, our future, and our environment. The court’s decision should be a wake-up call worldwide. “

Ellen Marks, President of California Brain Tumor Association said “We are thrilled that the court has ruled against the FCC and has shed light on the collusion between the telecom industry. the FCC and the FDA. Too many have suffered needlessly and this madness has to stop. This is definitely a step in the right direction and I am appreciative of the hard work of all involved.”

PS Since writing this Patrick took measurements in Brighton (Melbourne) and the Digimeter reading went over 6000mV – https://youtu.be/4XM2lMM1NKk