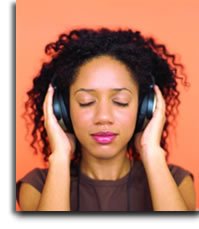 Reverse Speech: It Could Have Saved Time and A Fortune In Legal Costs

By Graeme DinnenJune 5, 2021No Comments

Azaria’s mother Lindy claimed she saw a dingo “shaking its head” in their tent. She ran to the tent but Azaria was no longer in her bassinet .

She panicked when she realised that the dingo had taken Azaria.

After an exhaustive search by local trackers, no trace was found of the child in the area around Uluru or in the stomachs of local dingoes or wild dogs.

Public opinion turned against the Chamberlains and a protracted legal case ensued at the end of which Lindy was charged with her daughter’s murder and sentenced to life imprisonment.

A variety of opinions on what happened became the talking point of Australia.

In 1986 a matinee jacket was found in an area of Uluru where numerous dingo lairs existed.

It was shown to be the one Azaria had been wearing at the time of her disappearance.

Her mother Lindy was cleared of all charges and released from prison after serving 3+ years.

The incident was recreated in the film ”A Cry In The Dark” starring Meryl Streep and Sam Neill.

Had the police access to Reverse Speech and been willing to accept its use, millions of dollars in legal fees could have been saved as the reversals from interviews at the time with Lindy were congruent with her story.

Had Lindy been guilty of murder, the reversals in her speech would have reflected that guilt.

More’s the pity as police audio or video their investigative sessions and interviews with crime suspects.

A study of the reversals in recordings would speed up these interviews and take much of the guesswork out of the investigator’s job.

Although Lindy had told the truth, It took until 2012 for the Chamberlains’ version of events to be officially supported by a coroner.

Voices From The Unconscious

I’ve been asked what the applications there are for Reverse Speech. Categorically they include therapy, business, police work, law, education, insurance, marketing, sales and advertising but the applications are really in any field where the spoken word exists.

The President of the Alphabiotics Society, Virgil Crane, wrote: “(Oates is) in a class with Thomas Edison, Nicola Tesla, Albert Einstein and Alexander Graham Bell.  David John Oates, like Bell shortly after he invented the telephone is confronted by many who were excited about his great discovery but are still asking ”What practical use is it?”.  I am amazed that anyone would ask such a question.  My prediction is that Reverse Speech will revolutionise all aspects of human life.”

I received an email from David a few days ago which I’m passing on as several readers have asked questions or asked to be “told more” as and when the occasion arises.

I have scheduled the beginning date for the next Reverse Speech Analyst class – Tuesday, June the 8th at 7 AM EST, 12 PM London, and 8:30 PM Australian Central Time. I currently have 6 students registered for this class but I can take 10, so I still have 4 spots open. The class is held once every 2 weeks in a Zoom chat room for 3 per hours class, for a total of 12 classes altogether. In addition to classes, there is also extensive homework to be done which we estimate will take 15 hours a week.

The course includes your own coach who will guide you through the process outside of class times and give you regular progress reports on your homework. Also included is full tech support which you will have access to for as long and as often as you need it. All of this is included in the course fees.

I usually charge in US dollars but I offered a special for the lecture I held 2 weeks ago of a one time offer of Australian dollars. The cost of the course is therefore $AUD4995, or $US3900. Payment plans can be arranged upon request.

If you are new to Reverse Speech, or a former student wishing to repeat, then reply to this email and I will contact you.

For the latest news on COVID listen to my appearance on Jeff Rense this week – Jeff Rense Show May 5, 2021– and to follow me and my work go to my facebook page – David Oates Facebook Page – I post there often.

“With this unique investigative tool, David is able to engage the therapeutic patient very intensely. This can produce rapid change quickly, even in ‘chronic’ situations.” John Suess, Founder Myndslink

I leave you to register or contact David directly. If you have an investigative mind I strongly recommend you link up with David on FaceBook (see above).