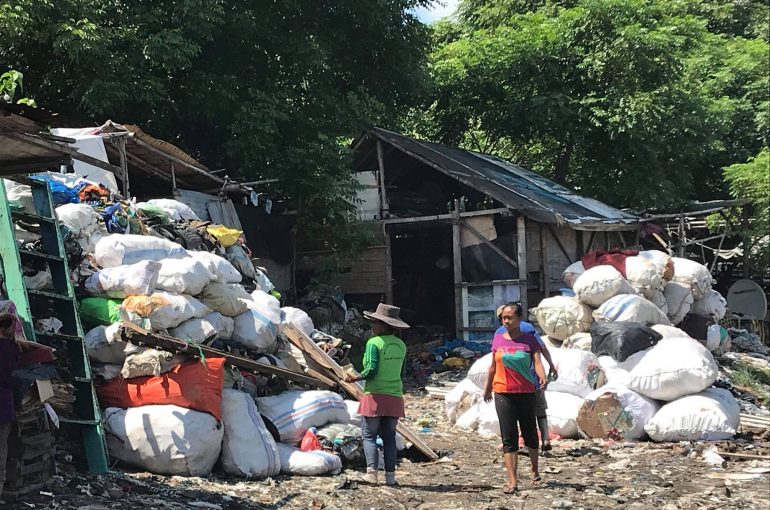 By Graeme DinnenAugust 16, 2022No Comments

Please give your attention to what I write below as it has value for everyone in possession of a heartbeat.

I’ve been a cyclist ever since my teenage years yet the thought of Belgian cyclists Alex and Ivan riding 1800 Km from Jakarta to Bali over 14 days fills me with more than a little concern.

The reason? I know the route they’re taking and the roads of Java can be unforgiving.

Suwung Village:  Home To The Poorest of the Poor

The villagers living in Suwung are considered by the poor of Bali to be the poorest. As a result they’re living a fraction of their true potential.

Yet as you saw in the video, all they have are their smiles.

Javanese folklore tells us this is the deepest reality of life and the source of all creation; while it is completely peaceful it also represents a mental attitude that addresses suffering.

But for now there’s a soul sickness.

Located in the South of Bali there are some 100 families struggling to exist.

The village itself lies on top of an increasingly large refuse disposal area.

The conditions are as you’d imagine; as their food is often scavenged it is scarce and nutrient-deprived, their drinking water is not something you’d want to shower in.

The smell in the village attracts swarms of flies and pests of all shapes and size. It takes a brave person to return for a second visit.

No-one there is healthy.  That’s never going to happen in a refuse dump.

Malaria is a simple disease.  The female anopheles mosquito takes a blood drink from an unsuspecting human, depositing malarial parasites into the victim’s blood.  Over the next few days those eggs hatch and grow at an exponential rate. Any fight back from the immune system is token at best.

The spleen, the organ tasked with selectively filtering red blood cells, swells many times over before rupturing. This kills several million people each year although the WHO claims that deaths are only about 700,000.  I’ve seen other statistics that claim as much as 4 million annual deaths.

The real figure lies somewhere in between.

In Asia and Africa, children under five account for approximately 80% of all malaria victims.  Prevention using mosquito nets has always proven to be more effective than anti-malarial drugs.

These are the conditions the villagers live in.

There’s a run down building that serves as a school where a single laptop serves them. The swarming crowd of children laugh with each other as they walk to and from their lessons. The boys throw, stones at tin cans to ease the repetitive humdrum of the day.

Crystal balls are in short supply these days.

We live on a cut-throat, commercial planet where shareholders interests come before those of people in need.

In Suwung Village, the death of a child, a debilitating illness, the impact of a drought or famine goes almost unnoticed by the outside world.

We have to ask ourselves why has Suwung Village been consigned to the A & E basket.

Greed is the simple answer but that’s not specific to Bali. Medical services do not treat Suwung villagers as they would treat you and me – individuals with needs.

Instead they are wilfully ignored.

Occasional corporate assistance is more for showboating than results. Despite their billions of profits,  US Drug manufacturers prefer to sell their medicines to charities than donate them to people in genuine need.

More $$$ is spent on finding a pharmaceutical cure for baldness than on finding a remedy for ALL tropical diseases.

What we want to do is move their needle but along with everything else, it takes time, effort and real support.

Looking at the picture below you’d be forgiven for assuming this is the rubbish dump on which Suwung Village lies.

It’s a photo of the usually pristine sandy beach at the end of our road after a particular storm hit in December 2021 throwing up an assortment of flotsam: mostly wood, bamboo and plastic.

Waste disposal officials brought in heavy equipment to help the 300 workers clean up the debris.

50 open trucks transported the 400 tons of collected rubbish to guess where?….. the growing Suwung landfill.

Tomorrow the villagers in Suwung will wake to the early morning sounds of cockerels out-crowing each other, followed by the coughing sounds of adults waking and the kids bathing in tin buckets filled with dirty water.

The reason I write this is to distress you.  I hope it did the job, and I hope you stay distressed because we’re in the 21st century, even though conditions in Suwung Village are little different to that of any European village in the 15th century.

What you choose to do next is the last real hope the villagers have.

I’m sending this out to support the villagers as Alex and Ivan are doing in their own way. If you’re inclined to donate even a one time small amount, you’ll be helping us to help them.

No-one is asking you to contribute monthly but something, anything will help those children grow into adults with a chance.

There’s a poignant line from the film Shirley Valentine that seems appropriate here:

“I’ve led such a little life, and even that’ll be over pretty soon.

I have allowed myself to lead this little life when inside me there was so much more, and it’s all gone unused.  And now it never will be.

That’s where Shirley Valentine disappeared to. She got lost in all this unused life.”