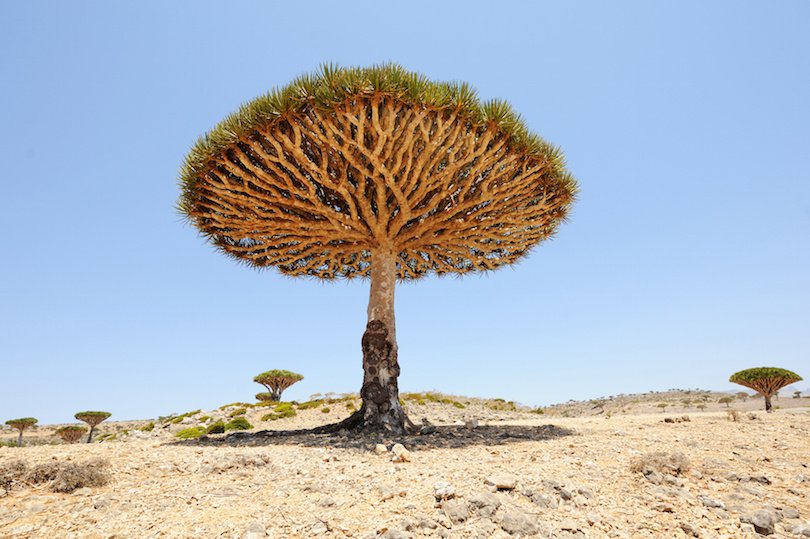 The Appeal Of Trees

Walk into a woodland, forest or jungle.

Stop for a moment. Look and listen around you.

There may be a few bird calls but generally it’s a haven.

Lovely as it may be, many of the trees are suffering, the song birds are less frequent and the number of bees is rapidly declining, and not just from toxic agricultural sprays.

Where are all the dead bugs on our car windscreen we used to see when we travelled?

The human race is going through a mammoth wake-up call, yet few people are hearing the alarm or worse still doing anything about it.

According to Taoist Masters, trees are extremely powerful plants that absorb negative forces, transforming them into good energy while transforming carbon dioxide into oxygen.

I used to believe that tree roots grew downwards but many trees have roots reaching well beyond the shade of their branches, growing laterally in search of water and nutrients.

And then there’s the absorption of light.  Trees depend on light for most of their nourishment, while water and earth minerals make up about 30% of their nutritional intake.

This is what helps some trees to live extremely long lives.

What’s the oldest tree in the world?

It’s not always easy to date a living tree, but most experts agree that a bristlecone pine tree (Pinus longaeva) in California’s White Mountain range nicknamed ‘Methuselah’, is over 4,700 years old.

Makes me wonder what it’s witnessed during its lifetime.

In the autumn of 1978 I joined a group of 2 English teachers and 2 young Kelabit tribesmen to travel slowly through the Borneo jungle.

We met at the river town of Marudi (Sarawak) and flew to the longhouse at Long Seridan in a Norman Islander.

Once up in the air I asked the pilot if we could fly a little lower so I could take some photos. The next thing I knew we were flying just above a river and the trees on each side rose above us.

I got my photos.

Here’s something for school biologists – the image of a recently burned tree.

This system is what carries water and minerals from the roots up to the leaves, and photosynthesized food to the rest of the tree.

Trees have no muscles (or nervous system) so all of this movement is powered by turgor pressure (force within the cell), which is controlled by stomata (pores) in the leaves that open and close as needed.

Let’s turn our attention to the remarkable Turner Oak

“This tree not only survived the Great Storm that ravaged the south of England in 1987, but also changed the way that trees are cared for around the world.” Tony Kirkham, head of the Arboretum at Kew Gardens, explains. (Photo: Turner’s oak. Credit: Alejandra Martins)

The whole tree was lifted out of the ground exposing its roots.  In the same storm over 700 other trees at Kew were uprooted or damaged altogether.

In the three years the Turner’s Oak lay tilted many people waked around it compacting the soil.  The tree was sick before the storm, but the wind lifted it up shaking the soil around it allowing oxygen to reach the roots again.

It became healthy again and the Airspade system (a form of pneumatic soil excavation) was developed to resuscitate trees that are fading.

“Nature just provides. The empowerment of it, what that did for my own consciousness in terms of my ability to begin to see. They are here to empower us. They empower the potential for self-love. Why do you think when you love somebody you give them flowers? It’s just the natural thing to do. Have the beauty of my love for you. It’s just what plants are. And it doesn’t have to be a rose, you can give them a weed, a cactus, it says the same thing.

There’s a worldwide culling of healthy trees, especially in the cities. It’s all for the benefit of 5G, even though it’s well-known that 5G kills trees, bee colonies and even up to 90% of frogs within a short distance of cell phone towers.

When you begin microwaving a tree, two things will happen:

After that it’s only a matter of time. 5G is going up, trees are coming down in significant numbers because trees inhibit the progress of 5G and councils comply with what corporate money dictates.

Until 2000 we lived in an old stone and timber house originally built in 1640 on a 10 acre property near the village of Dymock in Gloucestershire.  There was a small orchard I would start up the ride-on mower and trim the orchard in ever decreasing circles.

During the next half hour I’d pick and eat plums, pears and apples; when I’d finished the orchard I’d grab a basket and collect greengages, cherries and raspberries.

Phylipa then had the ingredients for a great fruit pie.

American spiritual teacher, psychologist and author Ram Dass who passed away in 2019 shared a memorable analogy in one of his talks.

“When you go out into the woods and you look at trees, you see all these different trees.

And you look at the tree and you allow it.

You see why it is the way it is.

You sort of understand that it didn’t get enough light, and so it turned that way.

And you don’t get all emotional about it.

You just allow it.

You appreciate the tree.

The minute you get near humans, you lose all that.

And you are constantly saying “You’re too this, or I’m too this.”

That judging mind comes in.

To change this, why not practise turning people into trees.

Which means appreciating them just the way they are.

Not how we think they should be?

So do what Ram Dass said…

Appreciate people how they are…

And watch your contentment with the world soar…

The oldest living Yew tree in Europe is said to be the Fortingall Yew in Scotland, near Loch Tay. It’s age varies depending on who you speak with – between 3,000 and 9,000 years old. The Celts associated the Yew with everlasting life although oddly it was their practice to hang skulls from the branches as the Yew was seen as a protector of the soul during the journey to the next world.

My suggestion to the directors of the Avatar films is to use the giant banyan trees here in Bali in their films. Many of them are so impressive they have temples built by them.

Last month I joined the FaceBook group ‘Ancient Forests’.  There are plenty of FB groups of a similar ilk but this one appealed because of the associated histories.

Tempted as I am to write about so many different trees and their particular value I’m going to leave it here and let you feast on a selection of images.

And I haven’t even mentioned the olive trees in Jerusalem, jacaranda trees in South America, giant fig trees in Singapore or the Californian Redwoods.

A huge and startling discovery has been made at the Devils Tower in Wyoming. Scientists from the Wyoming State Parks Department were conducting photographic seismic readings below the tower, when they discovered an incredibly large petrified root system below the tower. The parks department released a statement saying, “We have discovered, what looks like a giant root system stemming from the base of The Devils Tower. The root system has been measured at 4 miles deep by 7 miles wide. We are currently conducting studies and tests to confirm that this is actually a root system and not a coincidence.” This discovery is on the edge of rewriting history and science as we know it.