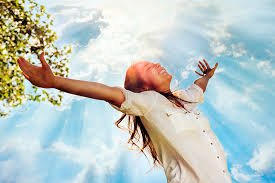 You’ve probably seen this picture of the ‘The Best Six Doctors” before.

I certainly hope so because modern medicine has become unreliable so we need to take a step back to a tried and tested option.

Although the message makes complete sense, these days we have to look more carefully at the quality of each.

SUNSHINE is Nature’s free supply of essential Vitamin D but there’s a catch.  When people go out in the sun, they negate the benefits by applying quantities of sunscreen on their face and body.

“But we have to to avoid getting sunburn!” I hear time and time again.

The application of suncream prevents the sun’s rays from penetrating the skin and creating the Vitamin D we so badly need.

Read that again….it prevents the sun’s rays from penetrating the skin!

Most of it contains toxic chemicals in any case. Several countries including Hawaii have banned the inclusion of oxybenzone and octinoxate in sun creams as it is known to damage reef corals.

Check the labels on your bottles for these ingredients. In a recent FDA test, the non-mineral sunscreen chemicals absorbed into the body and could be measured in blood after just a single use; many harmful sunscreen ingredients have been detected in breast milk and urine samples.

If you’re concerned about the harmful rays of the sun, wear a T-shirt and hat.  At most put some zinc oxide on your nose and cheeks but that’s all you’ll need.

Although she won the case, the levels of CR-6 in many areas of the USA are now well above the 1993 levels. These days water supplies additionally contain arsenic, barium, copper, lead and fluoride.

Bottled water is not the answer.

With its unnatural taste and smelly features, Aquafina (Owner PepsiCo) is rated as one of the worst tasting bottled water. The pH value of this water is 6 (ie acidic) and comes from municipal resources (means it’s just tap water with additives). Dasani water (also owned by PepsiCo) has additives that are known to cause dry mouth (so you need to drink more!) and abdominal pain.

At certain levels, these ingredients can cause birth defects and even death. It’s time to get yourself a very good quality water filter.

Dasani bottled water has four ingredients: tap water, magnesium sulfate, potassium chloride and salt.  For some reason they forgot to mention fluoride on the list of ingredients! Then there’s the plastic bottles – bottled water from major brands like Aquafina, Nestle, and Dasani contain tiny plastic particles; evidence suggests they’re major contributors to microplastic trash heaps. Studies suggest disposable, plastic water bottles can harbour hundreds of tiny bits of plastic, and we’re drinking them down with the bottled water we buy.

Food giant Nestle has been accused of misleading consumers re the quality of its Pure Life bottled water, which a recent study found contains high levels of microplastics.

REST: We live in such a world today that our sympathetic nervous system is dominant almost all the time we’re awake.

The only time we go into a parasympathetic state (sometimes called ‘the rest and digest system’) is when we’re asleep.

The parasympathetic system slows the heart rate, increases intestinal and gland activity and relaxes muscles in the gastrointestinal tract.

You only heal when you sleep; you only regenerate new cells when you sleep because you’re in that parasympathetic dominant state.

If you suffer from any long term health condition, the question to ask yourself is not what’s causing it but what’s preventing it from healing.

The answer is usually the impact of ElectroMagnetic Radiation (EMR) in the bedroom  – wifi, cell phones, bedside lamps, radio alarm clocks, baby monitors, cordless phones, poor wiring in the walls, metal bed frames, metal springs in the mattress, dimmer switches, nearby cell phone towers and even EMR coming through from the neighbours flat/house.

The information in this link will help enormously – it did for us. https://www.resourcesforlife.net/sleeping-in-a-safe-haven/)

AIR:  In his sone ‘Pollution’ Tom Lehrer told us: “Time was when an American about to go abroad would be warned by his friends or the guidebooks not to drink the water. But times have changed, and now a foreigner coming to this country might be offered the following advice:

If you visit American city,
You will find it very pretty.
Just two things of which you must beware:
Don’t drink the water and don’t breathe the air!

The industrial-military complex has been reducing the quality of our air we breathe for decades and yet there are still people who believe that chemtrails (now called ‘GeoEngineering’) are nothing more than condensation trails.

What slowly falls from the skies is a major contributor to Morgellon’s Disease, (a condition singer Joni Mitchell suffers from) a stinging or crawling sensation brought about by small fibres or other particles emerging from skin sores.

The US Government has alluded to their GeoEngineering (in the interests of our safety of course!).

Look up chemtrails and you’ll see an abundance of denials, including many accusations of ‘conspiracy theory’. For the record a conspiracy theorist is merely someone who questions the statements of known liars.

Looking at a list of the world most polluted cities, China, India and Pakistan seem to be battling it out for top honours.

I was once invited to help with the construction of a golf course and resort south of Jakarta, Indonesia. The developers were ready to go ahead when I pointed out that the land was located beside two chimney stacks spewing out waste from a cement plant and the wind would blow carcinogenic smoke over the course for 300+ days a year.

EXERCISE:  While healthcare professionals recommend regular physical activity to support both physical and mental well-being, the real benefit is internal.

Exercise reduces oxidative stress by increasing the “mother of all antioxidants”, your glutathione levels.  It also slows your telomeres (caps at the end of each strand of DNA) from shortening . This is vital to prevent the symptoms of ageing.

Glutathione is 5,000 times stronger than any other antioxidant in your body. It’s a master detoxifier and the most potent protector of all of your body’s cells.

In one study researchers learned that older adults who engaged in regular physical activity throughout their lives had higher levels of glutathione; a marked advantage over adults who’d led a sedentary lifestyle.

DIET:  Despite the many books, websites and opinions, there’s no one-size-fits-all approach.

The Mediterranean Diet for example is enormously successful, not because of the ingredient foods but the liberal helpings of olive oil.

Don’t rush out to the supermarket to buy your olive oil because it’s probably been adulterated with other cheaper oils.

The answer also lies not in what you should eat but what not to eat & drink: junk food, processed foods, sodas…there’s a long list.

All food has a frequency (you can find food frequency questionnaires online).

Eating higher frequency substances are regarded by Monks and Yogis as a way to boost your own frequency which can result in heightened consciousness, vitality, thought forms and stronger intuition.

Only a doctor genuinely interested in your health would recommend the “Six Best Doctors” approach.

Download your free copy of ‘The Body Speaks: Tracking The Signs And Symptoms of Deterioration Health’

Apart from the many aspects concerning body health (inside and outside) you probably aren’t aware of, you’ll also learn:

• Doing This 1 Thing Will Make You Just as Happy as Eating 2,000 Chocolate Bars (p15) • How This Almost Forgotten Aspect of Smell Can Protect You From A Sabre-Toothed Tiger Attack (p18) • Perform Like A Mongolian Throat Singer (p25) • The Flaws of PSA (Prostate Cancer) Tests (p54) • 26 Mind-Blowing Psychology Facts That You Never Knew About People (p64) • Addressing Addictions and Mental Health Problems (p68+) • How The Fasting Sugar Limit For Diabetics Has Been Manipulated Over The Years (p96) • You Have A SMART TV, A SMART phone and a SMART Watch. Do You Know What SMART Really Means?(p139) • The Need To Vaccinate And Herd Immunity. What Herd Really Means, Not What We’re Told It Means (p153) • The ONE THING We All Need To Take With Us When We Go Shopping (p170)

Recent feedback: “Thanks for making that colossal contribution to natural health as it’s being vilified by doctors and undermined mainstream press. There was so much to learn and think about that I didn’t realise was associated. I’ve made several major changes in my life already” Esther F., Sydney