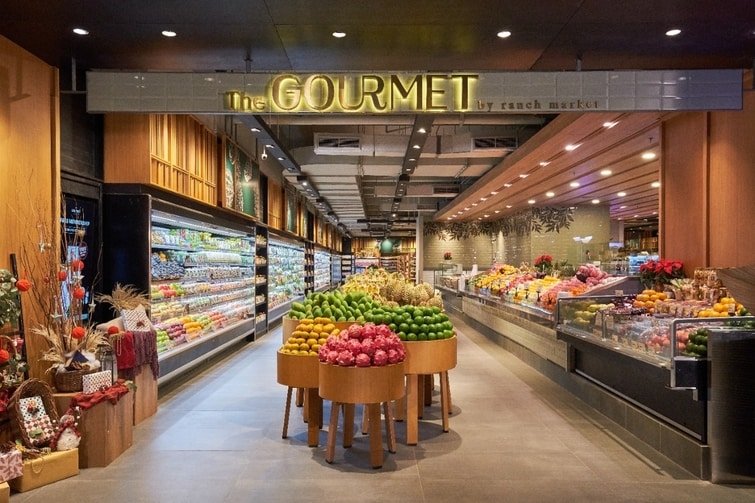 The Hazards Of Supermarket Shopping

When I walk into a supermarket I get the sensation of walking into a trap.

Maybe that’s why I prefer to buy my food at farmer’s markets where, as the saying goes, you’re buying food “from hands you’ve shaken”.

The convenience of supermarket shopping I have no argument with, yet the more I learn about their dubious practices-for-profit, the more I’m inclined to take my business elsewhere.

Next time you walk into a supermarket, stop and take a look around to see where the real food is.  Not the sweets, chocolates, cereals, biscuits, cakes and assortment of manufactured foods that are placed temptingly on shelves for us to add to the oversized trolley we’re pushing.

Our tastebuds have become so overwhelmed by the salt, sugars and fat that’s added, is it any wonder that people have lost their appreciation for the nuances of food?

For the body and brain to function and keep functioning, a healthy diet is not just beneficial, it’s essential.

When it comes to preserving the health of our brains, we tend to think that our genes are the only factors determining whether we develop brain disorders or grow senile in our old age.

Along with other contributing factors, poor food choices over the years are central to the development of Alzheimer’s Disease.

I’m not advocating any particular diet as everyone responds differently to food.  Despite the crusade of many nutritionists and health journalists, there’s no one-size-fits-all.

Taking beneficial supplements, omega-3s, antioxidants, B vitamins, minerals and all that good stuff won’t produce the health gains that avoiding the foods your body doesn’t like will do.

Because the ‘bad’ foods you eat are a slow poison.

I’ve often told sick people who are looking for something to remedy their condition that they should be looking at what they’ve been taking that caused the condition in the first place.

Excess smoking, alcohol, junk food , even the proximity of mould…..something a remedy or a doctor’s appointment won’t help.

Reading that everyday foods can harm a person wasn’t a shocking revelation even though we’re so used to assuming our food is nourishing us.

The image below is important for us all:

Having seen people recover from conditions such as arthritis, asthma, colitis, depression, eczema, high blood pressure, migraine, states of tension/anxiety by avoiding certain foods, I realised that the solution may be simpler that we think

….until we walk back into the supermarket and fill our trolley with the wrong foods.

A friend remedied her eczema by fasting.  She was delighted with the results until the eczema returned once she resumed eating pizzas and hamburgers.  I think that’s when she ‘got it’.

People all over the world are suffering from terrible health issues that could be solved quickly and easily; often in a matter of just days, by better food choices.

I’m not going to list the horrors of supermarket shopping and nor am I going to tell you what diet you should be on.  Anyone can form their own opinion by watching relevant videos on YouTube.

What you need to be aware of is how supermarkets use psychological ways to get you to part with more of your cash.

Food with an organic sticker on it doesn’t make it organic.

Recent tests have evidenced that many supplements labelled “organic” are made from coal tar derivatives and synthetic chemicals from petroleum extracts.

When I buy croissants and bread I do so from a bakery, not a supermarket. Many coffee shops have their own bakery – here I don’t mean the corporate coffee outlets that dominate the high streets and shopping malls.

When I lived in Ledbury, Herefordshire I’d use the butcher for any meat and the fishmonger for seafoods.  It may have cost a few pennies more but the quality of food is so important, I had no idea where the supermarket meats and seafood originated or the processes they’d been through.

It boiled down to trust and I didn’t have it. At least I could talk with the butcher and fishmonger.

Ever wondered why it costs money by the hour to park your car in town yet the supermarket car parks are free? Might you have a supermarket rep on your council?

This image will give you some notion of the forked-tongue approach of supermarkets:

I have no problem with the marketing practice of scenting the air with bread and coffee smells when shoppers walk into that area and using mood music to slow shoppers down.  It’d be much nicer if the smells created were genuine rather than chemical.

And look around the checkout area for small items that your kids want so badly and you buy to shut them up.

I’m not going to cover every supermarket product available, only comment on a few:

If you want to reduce the risk of botulism, BPA poisoning and the accumulation of harmful preservatives in canned foods open this link.

I’ve often walked down the shelves to find a salt worth buying, and rarely find one.

We’re told that salt is bad for us. Wrong again! Salt is essential for us, just not the refined salts that have been stripped of their minerals leaving sodium chloride.

Some salts have “with added magnesium” on the labels but refined sea salt has magnesium in it already.  What’s in the package on offer is sodium chloride with some magnesium added back.  It’s great for throwing on your driveway to clear the snow but not for human consumption.

Go online and buy some Celtic Sea Salts or Himalayan Pink Salt. So much better.

Over 90% of fruit and veg at the supermarket is likely coated with pesticides, fungus, and micro-organisms like:

Rinsing with water is not enough to completely get these chemicals off.

Your dog or cat can’t tell you the food you’ve just given it is addictive, yet that’s what it is.

It’s also why the animal eats it and wants more – you think it’s what it loves and add that to the shopping list.

The pellets we give our pet rabbits often resemble their post-meal droppings.

The manufacture of pet food is a billion-dollar industry that hinges on getting the ‘palatants’ right – chemical ingredients that make your pet want to eat their products over and over again.

It’s like opening a can of Pringles and trying to stop before you reach the last one.

It may not surprise you to learn that there is almost no relationship between how healthy a pet food is and its manufactured taste.

Most flavour creation is done by smell, with the flavourist only taking a taste at the end.

It’s not unknown to bulk up the food with ground feathers and bone.

Not something your pet would go near in the wild!  Animals in the wild eat natural foods; most domestic pets eat processed foods.

The better pet foods may contain additional probiotics or digestibility enhancers (chicory), enzymes, anti-parasitic ingredients to prevent the build-up of tartar on your pet’s teeth.

Some years ago I visited a pet food manufacturer in the South of England.  The owner explained that the supermarkets had approached him but the terms and conditions of the contract were too onerous – one example being that if the supermarket took delivery of his food pallets and the supermarket’s own forklift truck caused some damage, he would be charged for the damage at full retail price.

I’d beware of these ice creams.  Italy24 Business News ran a story that they are contaminated with ethylene oxide which is both flammable and highly reactive.

Just what you want in an ice cream on a hot day!

And know that pain-killing opioids can be chemically split and re-modelled using gene editing so that food products such as snacks, cat food, tortilla chips and even baked beans have all become mysteriously addictive.

Back to wines and something I wrote recently…

The trick in many restaurants is to position their cheapest bottle of wine with a good profit margin as the second lowest priced on the wine list.

In order not to be considered cheapskates, many diners don’t order the cheapest bottle, instead walking right into the marketing trap.

“There’s a lot of cheating in that cheap wine from your local supermarket:

• When they can’t afford oak barrels, winemakers use oak “flavouring” and other additives

• When the wine isn’t dark enough, they add “Mega Purple” a purple dye…more often than you think

•  When the wine has any hint of sediment from the soil and air (which is a what makes wines unique – the goût de terroir, as the French say) they use “fining agents” like potassium ferrocyanide (yes “cyanide”)

•  When there’s a hint of bad weather, they harvest the grapes while still green… and cover it up by adding sugar!

•  When the aroma’s not “big” enough… they add enzymes

You can see why the alcohol industry fights tooth and nail to avoid putting a list of ingredients on labels, spending as much as $30 million on lobbying last year.”

A 2013 study from France found traces of pesticides in 90% of wines sold in supermarkets there. Another study showed that over 100 Californian wines contain the toxic weedkiller glyphosate.

Commercial winemakers have stripped out the richness and the character of wine – everything that makes a bottle burst with life – and added a lot of stuff you don’t want!

And then there’s questionable food arriving from China.  We’ve been told of plastic rice, goji berries that weren’t goji berries but cheaper berried dyed to that deep orangey-red colour, and black pepper that contained dried mud.

In Bali I buy rice grown in Indonesia yet the cheapest rice on the shelf is grown in….wait for it….the USA.

Its all about subsidies.

Buy a magnifying glass so you can read the labels. Always check them first.