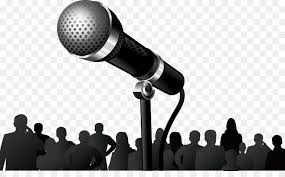 Unaccustomed As I Am To Public Speaking….

By Graeme DinnenMarch 30, 2022No Comments

In the spring of 1992 I was invited to speak on behalf of HSBC Bank about ‘Managing Investments in Asia’ at a seminar held at one of the top floors of the former World Trade Centre in New York.

The audience was to include about 250 bankers, stockbrokers and fund managers for presentations scheduled over two days.

I persuaded the organisers to timetable my talk for the morning of Day One so that I could get it over with early.

The moment I was asked to deliver this talk, an unknown new fear emerged within me – a fear of public speaking.  And wow, was I being thrown into the deep end with this one.

I had about 2 months to prepare and prepare I did. The thought of embarrassing myself in front of that many professional people was sufficient motivation for me to take my performance seriously.

For the next two months the thought of the event weighed heavily on my mind.

My boss asked me to give him a dry run. I had the weekend to get my act together.

I delivered, only to discover that ‘dry runs’ are aptly named.

At the end of my talk my boss looked at me and said “That’s the worst presentation I’ve ever heard”.

Thankfully he followed this with how my talk should be sequenced so that one point would lead seamlessly into another and that I need to pepper in a few catch-up phrases such as:

Once a speaker gets started at an event like this, people listen for a while before thinking about their game of golf at the coming weekend or somehow drifting off into their own thoughts.

Their mental attendance falls away.

These catch-up phrases are strategically introduced throughout the talk to bring the audience back to the room, however temporarily.

“He’s about to say something important’ they think, or “He’s going to talk about the problems. I’d better listen.”

I rewrote my talk which went well thanks to that useful advice.  It also stood me in great stead for other talks and best man speeches I’ve subsequently given.

A year later my boss asked me to sit in on a dry run being given by a colleague on another subject.  At the end of the talk what did my boss say to him?

Whew!  It was his gambit with everyone to bring up his helpful recommendations rather than genuine criticism.

Given the increase in mental health issues as the result of the lockdowns over the past 2 years, I wanted to learn more about the subject, if only to look out for tell-tale traits in friends and family.

The Mental Health Update has now become a valuable weekly newsletter as there’s always something in it that widens my perspective.

If you have family members that may be succumbing to depression or any associated condition it’s worth subscribing to this as each issue has actionable strategies to improve mental health.

The newsletter was created by Jordan Brown, a social worker who started blogging because he couldn’t find the kind of mental health content online that he wanted to read.

The reason I raise this is because a recent issue of The Mental Health Update mentioned Orai, an AI-powered app to help people improve there public speaking skills.

Whether you’re asked to be a Best Man and speak at the reception, or you’re in a company that hosts regular in-house meetings and you’d like to convey your thoughts to the assembled throng in an accomplished manner, what you learn from Orai will help you beyond measure

You never know, the boss might just sit up and notice you for a change,