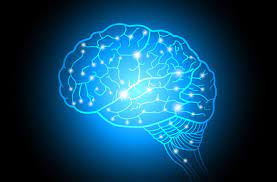 What Is The End Cause Of Every Human Death?

Answer: Cerebral Hypoxia, a lack of oxygen to the brain

This question came up when I was playing Trivial Pursuit some years ago. Remember the answer for when you next play!

We know much about the brain yet equally there’s so much still to understand.

Made up of billions of neurons that communicate in trillions of connections called synapses, your brain is one of the most complex and fascinating organs in your body.

It’s no surprise that keeping your brain healthy and active is vital. Discover just how powerful it in this upcoming webinar with some of the most valued practitioner in their field.

To keep your brain in tiptop condition, you’ll learn so much by registering here:

You’ll also learn about an emerging buzzword ‘nootropics’ (enhancing brain performance) and download the webinar’s free ebook on the subject.

“Doctors May Be The Number One Killer

But according to Dr Barbara Starfield of the Johns Hopkins School of Hygiene and Public Health, who prepared the report for The Journal of the American Medical Association, doctors are actually the number one killer, because they do not inform patients properly of the hazards of the procedures they offer (why would they? The patient might have second thoughts and that would lose income for the doctor!)

According to Starfield’s figures:

If you want to choose your own departure date to the Cosmos, it’s time to become your own Messiah!

Don’t lose sight of the article I wrote in May 2021 on Improving Brain Performance.