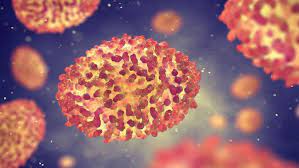 I don’t think many people have even begun to prepare for what’s coming.

They can hardly be blamed because we’re never warned about what’s coming and today’s media certainly isn’t mentioning the subject.

We have to connect the dots and work things out for ourselves.

The bottom line is that we all need to take more responsibility for our health than we’ve ever done before. I think most people are getting that message kloud and clear

For some while now we’ve been giving you cutting edge information and recommendations to help you boost your immune system, deal with long term conditions and most importantly, reclaim your power.

As education is everything, read on….

There have been enough conversations about COVID-19. Some people have chosen to wear a mask and receive vaccinations; some have chosen otherwise.

This article is not a debate on the merits.

Whatever you chose to do, COVID-19 and it’s Greek-alphabet variants will be around for a long time.

Our politicians will ensure that because it’s given them greater powers over us than ever before.

It’s back to that infamous lab in Wuhan again.

I’d not seen or heard the words “Bioengineered smallpox terrorism” uttered anywhere until the world’s self-appointed medical authority Bill Gates mentioned recently that we need to protect ourselves from it.

If you link that phrase to the (alleged) Gates Foundation indirect funding of the lab in Wuhan (hotly denied by fact checkers of course) you have the makings of another grand conspiracy theory.

If not smallpox itself it’ll be an engineered variant that in itself is mild but with added impetus from Wuhan or a biolab elsewhere, will suddenly become dangerous and highly infectious.

And of course a pre-arranged vaccination will be ready to ‘save us’ once again.

My years in school biology classes weren’t entirely wasted.  I learned for example that when a virus is formed, it mutates for a while before stabilising.

At that point, and only then can the virus be analysed so an effective anti-viral (vaccine) be created.

Why is it then that the CDC already has a vaccine ready for a virus that hasn’t yet been released onto the unsuspecting public?

Then there’s the Australian Government’s bullying of doctors to gain access to private medical records – something they’re going to pass on to Big Pharma for their marketing arm to use.

A former Registered Nurse writes: “There is a dark witch hunt going on – the Australian government is hellbent on decimating not only the sacred doctor-patient but also eradicating doctor-patient confidentiality.

Those who stand in integrity and truth are being pursued and punished for upholding the values they were taught were the very foundations of medicine itself.

Imagine if YOUR private health info was seized by “authorised officers” (wtf?).

Mark, a friend of mine, and an excellent family doctor has been raided by Nazi government agents and seizing private medical information. If this doesn’t make you go cold with dread – I’m not sure what will. THIS IS AUSTRALIA.”

What has medicine and healthcare become and where will it be this time next year?

We are deeply into a debit balance here.  It doesn’t take advanced tracking skills to unravel the old adage “Follow the money”.

I’ve had many questions on the serious equipment I use and have recommended in past newsletters to boost your immune system and allow you to enjoy better health. Here’s a recap:

The proper functioning of your vagus nerve is vital to continued good health.  It helps to regulate your heart rate, blood pressure, digestion, breathing and your emotional state.

If you’re experiencing anxiety, depression, stress, fatigue, or any emotional health symptoms, it may mean that you have a poor vagal tone, and your vagus nerve needs some attention.

Modern medicine isn’t going to fix that. It may help to dampen the feeling of pain you have around it but it isn’t going to repair or remedy anything.

This natural and effective treatment eradicates acute and chronic pain like never before and has been hailed as a game-changer for those with a multitude of severe health problems.

In the world of brain stimulation technology and research, Vielight leads the way with brain photobiomodulation devices.

Sessions on the Vielight can increase blood flow to the brain, enhance metabolic functions, stimulate the creation of new cells and provide protection to the brain all of which will help someone live a healthier and more functional life.

Essential for anyone in the family with any degree of memory impairment from cognitive decline to full blown Alzheimers.

Medical drugs for Alzheimers have proven time and time again to be utterly ineffective, many coming with side effects that include brain bleeding and swelling.

See for yourself what’s being approved these days…

Aduhelm – A drug steeped in controversy

“Bio Energy Through Water” Energy is the foundation of everything in our lives – Energy never tires; only we do.

The Q Energy Spa has proven itself many times over, particularly with health practitioners.

Designed to boost your bio-energy at the cellular level, it increases your body’s energy, thus setting the basis for any improvement.

The ‘Q’ is extremely popular with the middle-aged (and those beyond) who want to look and feel younger than the number of candles on their birthday cake.

If your vascular age is greater than your chronological age, you may be at more risk of developing cardiovascular disease later in life.

Oxygen is the primary source of life to all cells.  If, while you sleep, you’re not allowing yourself a proper intake of oxygen to your cells (ie you sleep with your mouth open), you’re not getting enough of the vital, life-giving oxygen and your cells could be gasping for air.

One of the many issues associated with lack of blood and oxygen to the brain is deterioration of mental acuity and impairment of eyesight that’s usually (and incorrectly) attributed to ageing.

A report from the Singapore Government shows that 85 % of adult Singaporeans have gum disease because the incidence of breast feeding when they were babies was low.

While breast feeding, the orbicular muscles of mouth develop; this is not the case with bottle feeding as considerably less sucking is required.  When these babies become adults, their weak orbicular muscles will cause them to sleep with an open mouth.

The use of a Lip Trainer will remedy this properly and consequently reduce the incidence of gum disease.

One reader asked if using the Lip Trainer to help her sleep with her mouth closed would stop her from swallowing spiders at night. I read about this some year ago but having your mouth open as you sleep allowing spiders to crawl in is not something that should concern you as it’s a total myth.

That we swallow eight spiders a year in our sleep likely originated in a 1993 magazine article about how readily people accept as fact information they read online, no matter how ridiculous it seems. The author noted the fictional statistic about spiders as an outlandish example, only to watch it quickly spread as fact across the Internet.

The solution to all our health problems lies inside us rather than in bottles of potions and pills.  Chinese, Japanese and Indian medicine has known this for centuries. All we need to do is ‘look and listen’.

The Pharmaceutical industry and its bought-and-paid-for politicians tell us to “Trust The Science”.

What they’re really saying is “Trust The $cience”

Stay empowered.  Our evolution is going to be difficult but the alternative isn’t worth considering.