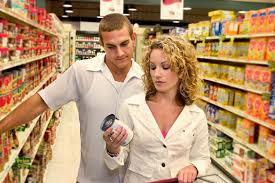 By Graeme DinnenMarch 19, 2021No Comments

Looking to learn more about reading food labels, I came across and watched a short video about olive oil in which was explained the term ‘Bottled in Italy’.

It doesn’t mean the olives were grown there but we believe they were because we want to.

It’s likely that different types of olives were brought in from a variety of olive farms even outside Italy….and then bottled.

In the 1970’s I was working in Hong Kong in the import/export business. We financed the import of collars from Italy. Shirts were made in Hong Kong using those collars before being exported to countries around the world with the label “Made In Italy”. What buyers didn’t realise was that only the collar was!

Similarly with wrist watches that had ‘Swiss Made’ on the face.  If you looked carefully in the watch guttering between the words ‘Swiss’ and ‘Made’, you’d see the word ‘Movement’ in tiny print.

Hiding pertinent facts from buyers has been around for millennia and continues to this day in the interests of making sales.

Much as I’ve enjoyed my trips to China, I wouldn’t buy their food exports. You‘ve probably read a few years ago about their export of plastic rice, their black pepper being infiltrated with dried mud and their goji berries being cheaper berries dyed red.

The intention is not to harm consumers, just make more money.

You’re being taken advantage of in that cheap wine offer you’re tempted by:

• When they can’t afford oak barrels, winemakers use oak “flavoring” and other additives

• When the wine isn’t dark enough, they add a purple dye called “Mega Purple” (far more common than you think)

•  When the wine has any hint of sediment from the soil and air (which  is a what makes wines unique – the goût de terroir, as the French say) they use “fining agents” like potassium ferrocyanide (yes “cyanide”)

•  When there’s a hint of bad weather, they harvest the grapes while they’re still green… and cover it up by adding sugar!

•  In mass market vineyards, machine harvesters aren’t precise enough to grab only grapes, so the resulting juice also contains bits of twigs, leaves, dirt and even insects., crushed of course.

•  When the aroma’s not “big” enough… they add enzymes

You can see why the alcohol industry fights tooth and nail to avoid putting a list of ingredients on labels, spending as much as $30 million on lobbying last year.

It gets worse…a 2013 study from France found traces of pesticides in 90% of wines sold in supermarkets there.

Marmite is something you either love or hate.  I was brought up on it and loved spreading some on a piece of toast to have under an egg at breakfast.

That all came to an abrupt halt when I learned that Unilever (Marmite’s owners since 2000) were contributing large sums of money minimising the truth on food labels. I haven’t bought a jar for several years.

Buyer confusion, and it works well.

If you really want a challenge, try deciphering food labels. The USDA and the big food lobby have made food labels far more complicated than they should be.

According to tests by a public laboratory, frozen prawns are 50% water (ice); it’s the same with fish fingers. The ham on pizza toppings may be anything from poultry to ”meat emulsion”; the mozzarella you buy in supermarkets is at most, 50% real cheese.

Research from a non-profit enterprise discovered that nearly one-third of fish is mislabeled every year with inexpensive fish being described as something more exotic.

If you love salmon and don’t want to swallow GM salmon believing it to be line-caught (yes they’ll suggest that too) read this recent update.

What we see is not always what we get.

Here are some common words that sold set off alarm bells as the real meaning is hidden:

This doesn’t mean that there are no good food suppliers out there….just become more familiar with what’s going on.

In the USA sea salt became so debased that the big producers added back some magnesium taken out during the industrial processing.  To sell more salt, the words ‘with added magnesium’ became a mandatory part of the labelling.

Celtic Sea Salt didn’t add this to their labelling because no magnesium had been taken away in the first place. The salt was pure as Nature intended.  Because they didn’t add these three magic words the providers were told they could no longer call it salt.

The influence of ‘Big Food’!

How To Protect Yourself

What does a fruit label mean?

If the fruit label has four digits that begin with either 3 or 4, it means the fruit has been produced using intensive agriculture from the second half of the twentieth century.

This means artificial fertilisers and pesticides have been used.  If the product has five digits, beginning with an 8, it has been genetically modified.

If the fruit has five digits beginning with a 9, it means it has been grown in traditional ways using ancient methods, is pesticide free and organic. This is, of course, the product that would be most beneficial to you as it has not been bathed in chemicals that can produce harmful effects in your body.

Do you ever read labels on your fruit? If not, start now.

Dilution and/or substitution involves the intentional addition of an alternate product with the intent to replace volume or weight.  Olive oil, fruit juices and fish are prone to this type of fraud.

Artificial enhancement is the addition of a substance that is not intended to replace weight or volume, but to have a functional effect (such as the use of industrial dyes in spices).

How to Read Food Labels Without Being Tricked

Examples of False Advertising (with thanks to yourdictionary.com/)

You can understand why we buy our food at farmers markets: “Food grown by hands you’ve shaken”