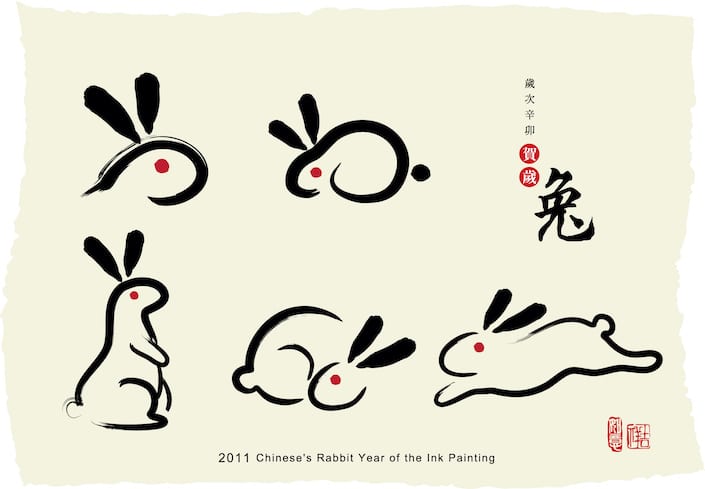 Year of the Black Water Rabbit

By Graeme DinnenJanuary 23, 2023No Comments

Yesterday was the first day of Chinese New Year. You may have heard firecrackers going off to scare away evil spirits and signal the start of a safe and prosperous new year.

It’s an important holiday in China as well as other countries around the world with significant Chinese populations – Taiwan, Singapore, Indonesia and more.

Also known as the Spring Festival it is typically celebrated in January or February, depending on the lunar calendar. The coming Chinese New Year starts on today, the 22nd January 2023 and ends on 9th February 2024.

The Rabbit is one of the 12 animals in the Chinese zodiac, used to determine a person’s fortune for the year based on the year of their birth.

Why A Black Water Rabbit?

Some facts about Chinese New Year and the Year of the Rabbit:

Open the Chinese Astrology site below, scroll down until you see the Zodiac animals. Click on your animal to read a wealth of information about your year ahead. There’s no cost to this.

If you’re not sure of your animal sign in the Chinese Zodiac, look for your birth year in the chart and once found look to see the corresponding animal on the left hand side.

Graeme Dinnen (Year of the Rabbit)